The “Cave of Santa Ninfa” Nature Reserve, which lies in the municipalities of Santa Ninfa and Gibellina, in the province of Trapani, has been established to preserve and enhance an area of ​​considerable geological and landscape interest.

The entire protected area is included in the Natura 2000 Site “Mountain System of Santa Ninfa and Gibellina and the Cave of Santa Ninfa”, established according to the Habitat Directive 92/43 / EEC due to the presence of different habitats of community interest and species of biogeographical and conservation importance.

The territory of the Reserve is divided in two different areas according to the environmental features and the different management objectives:

The reserve is situated in a vast gypsum plateau, known since the end of the 1800s in academic circles for the importance and the various karst phenomena. It extends over 1000 ha, and is characterized by the presence of gypsum rocks formed during the Messinian age (5 -6 million years ago), after the Strait of Gibraltar was blocked, sealing the Mediterranean off from the Atlantic. The closed and shallow basin caused strong evaporation and created extensive saline deposits, which later emerged constituting the main substrate of the area. There are different varieties of gypsum: the most common is selenite, the name of which derives from its brightness (selene = moon), and have a spear- or dove-tail shape; alabaster is also common, microcrystalline gypsum similar to marble for its whiteness and lightness; while detrital gypsum is opaque  and has a sandy consistency.

The particularly soluble gypsum bedrock facilitated the occurring of karst processes. Rainwater filtering through pores, micro-fractures and crevices into the subsoil, originated many underground cavities, while the surface flow slowly engraved and shaped the rocks. This has created a typical landscape of considerable geomorphological interest, rich in surface karst features of various sizes and shapes: doline (closed circular basins that collect rainwater by conveying it underground through sinkholes), blind valleys (river valleys with an abrupt ending in correspondence of rocky walls) and karren (karst micro-shapes consisting of parallel grooves incised on the rocky surfaces). In particular, in the northern part of the plateau, the various sinkholes and blind valleys form a dense polygonal network that recalls the structure of a beehive, originating a particular landscape called “Honeycomb-karst”. 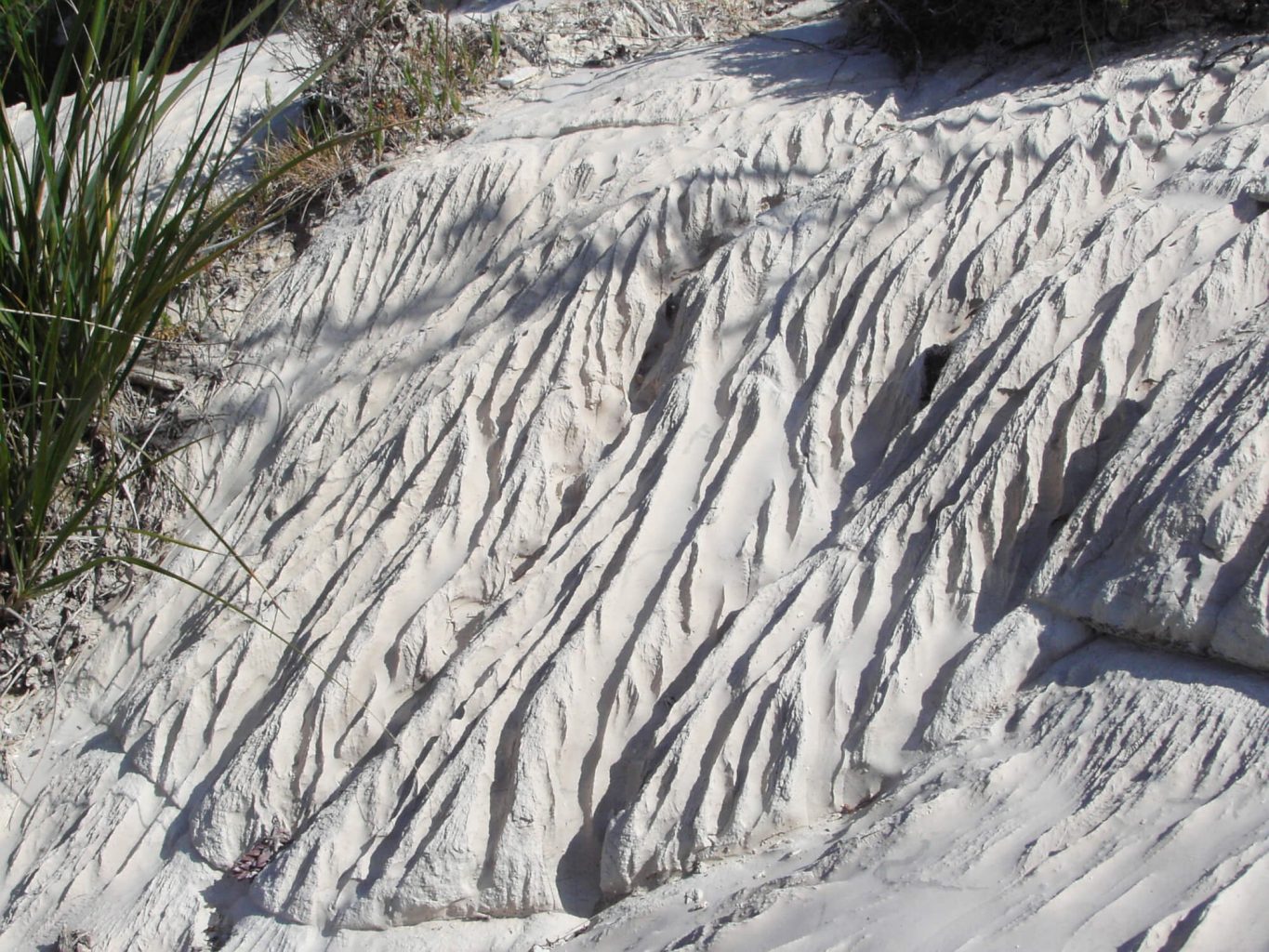 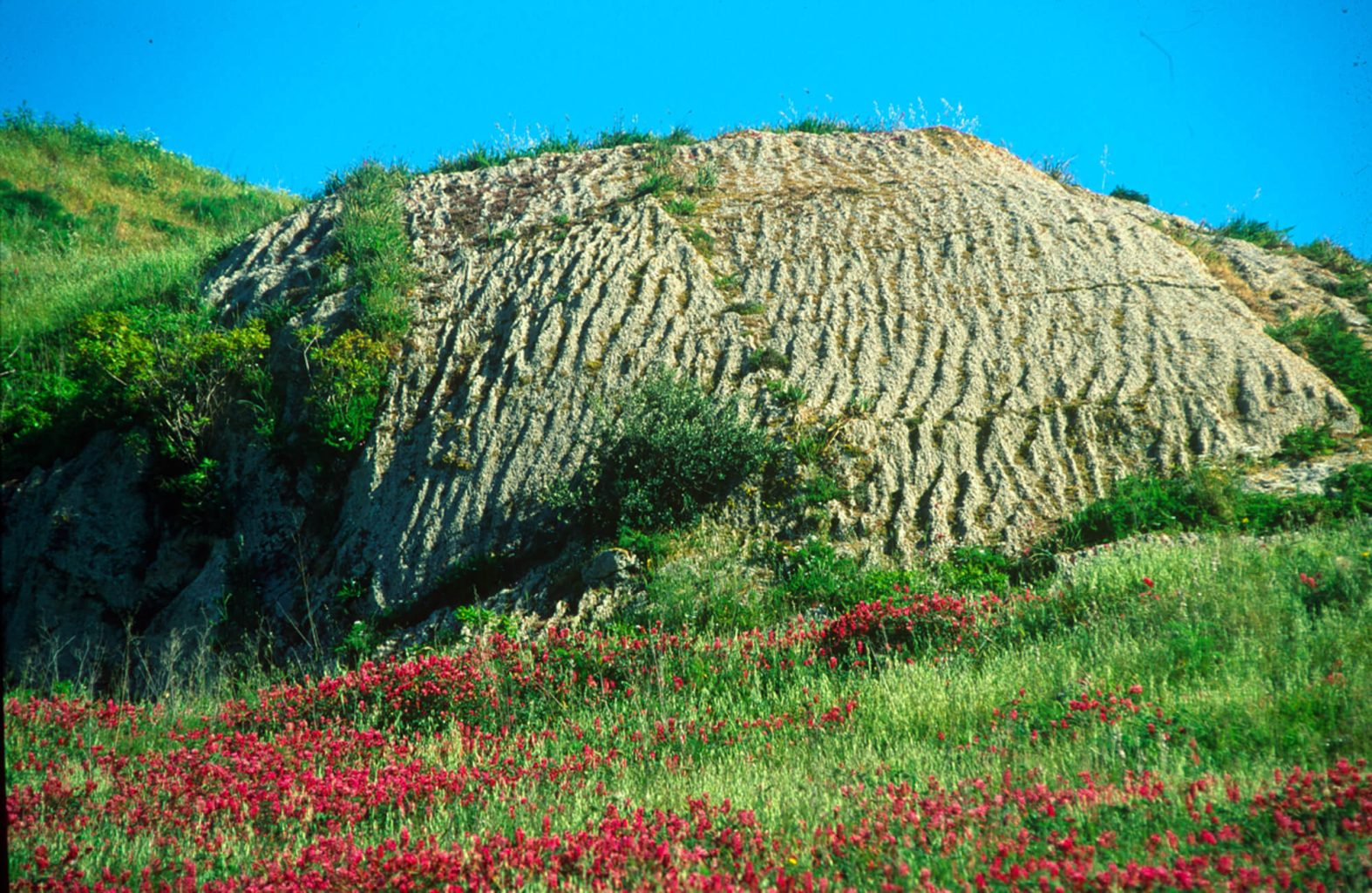 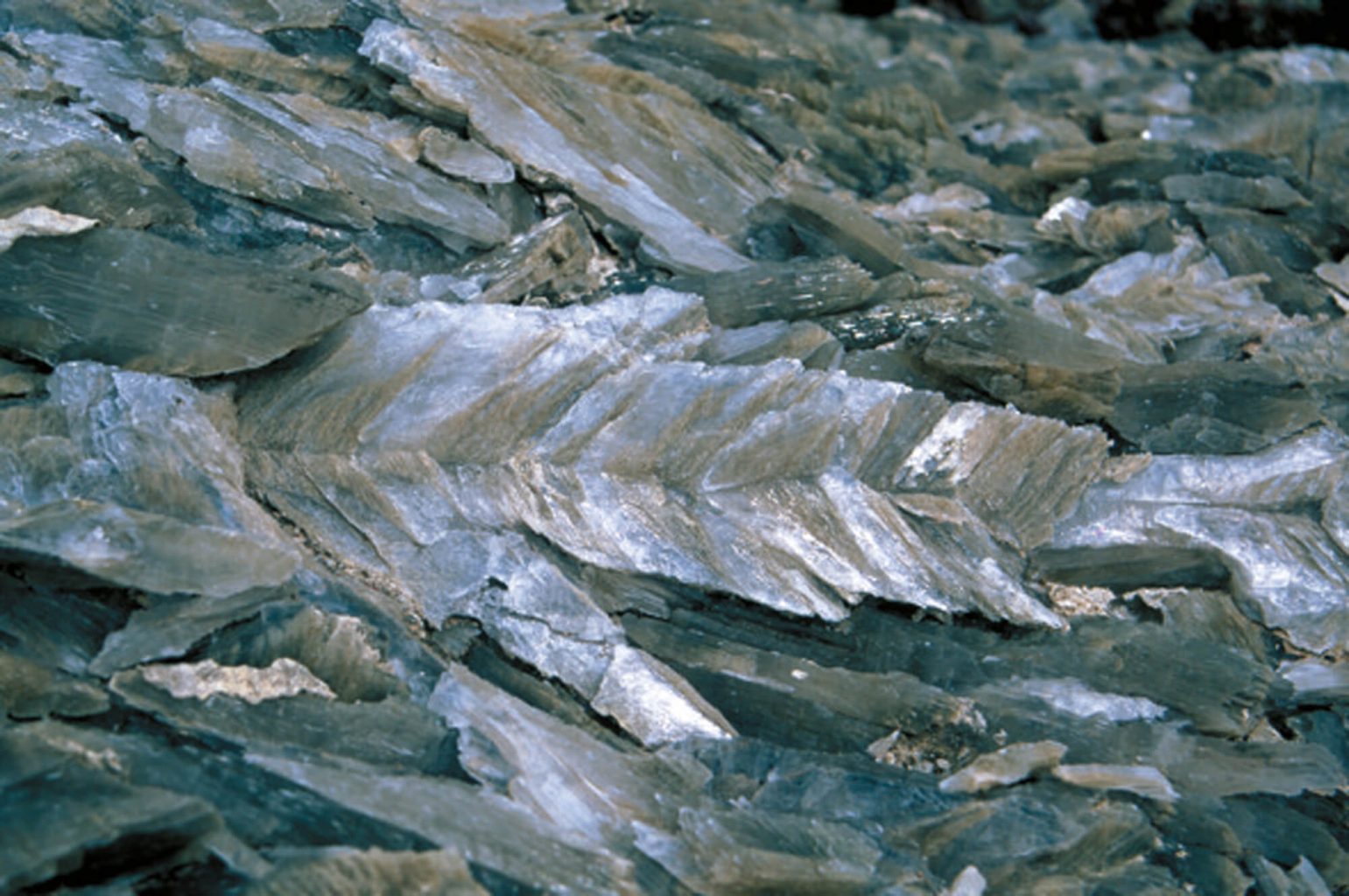 The Santa Ninfa Cave is the largest and most interesting of the 40 caves discovered in the karst plateau, due to its geomorphological aspects and the richness of its concretions. It is a complex underground system, developing horizontally with an extension of about 1400 m. It was created by the Biviere stream that springs at the foot of Mount Finestrelle, flows for about 2.5 km in the Biviere wide blind valley and ends its superficial course at an imposing gypsum wall. The sinkhole is in this spot, a nearly 7 m jump through which water pours into the subsoil, contributing to the formation of the cave. The underground watercourse, after crossing the cavity, emerges again from a resurgence.

The Santa Ninfa Cave, characterized by two overlapping tunnel systems, is constituted of several tunnels carved and shaped by rolling waters that once filled the whole cavity. The upper branch, now almost dry, is full of spectacular formations (domes, vaults, meanders, etc.), evidence that water flowed here in the past. In the lower active branch, where water flows, the continuous action of erosion and sedimentation of water causes a slow evolution in the morphology of the underground environments. Concretions, both of calcite and gypsum, have considerable dimensions and an extreme chromatic and morphological variability: flows and columns, stalactites and parietal inflorescences (small transparent gypsum crystals in the shapes of flowers and corals) reach the size of some meters and are found in most of the galleries and rooms. In the most sheltered inner areas grow the eccentrics, stalactites shaped by currents of air that seem to defy gravity laws. In some areas, in the clear water of small pools, pisolite concretions form, these are also known as “cave pearls” due to their beauty and singularity. 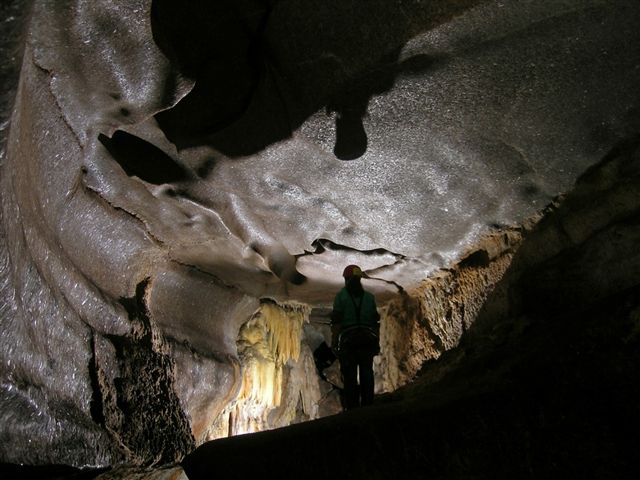 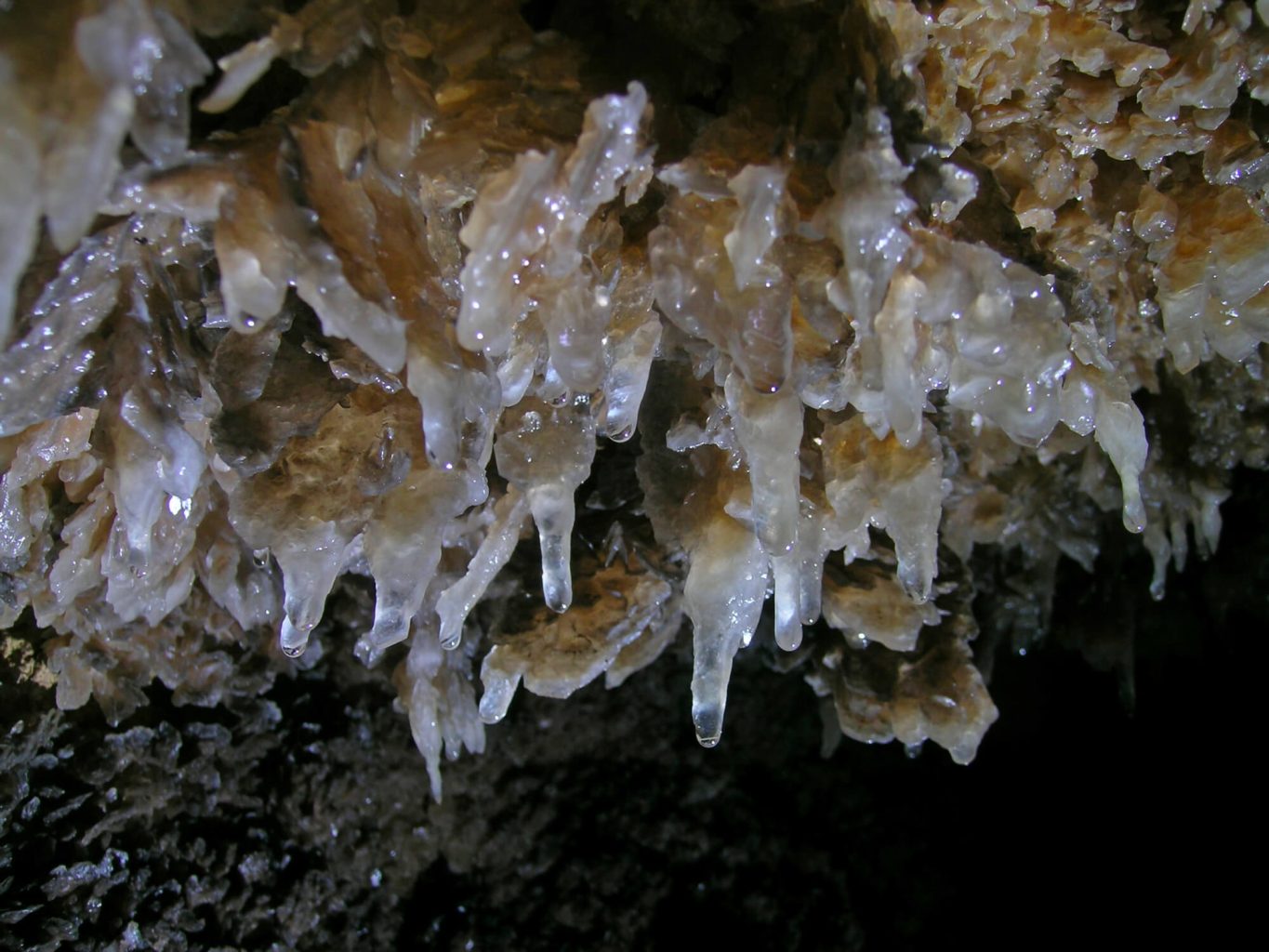 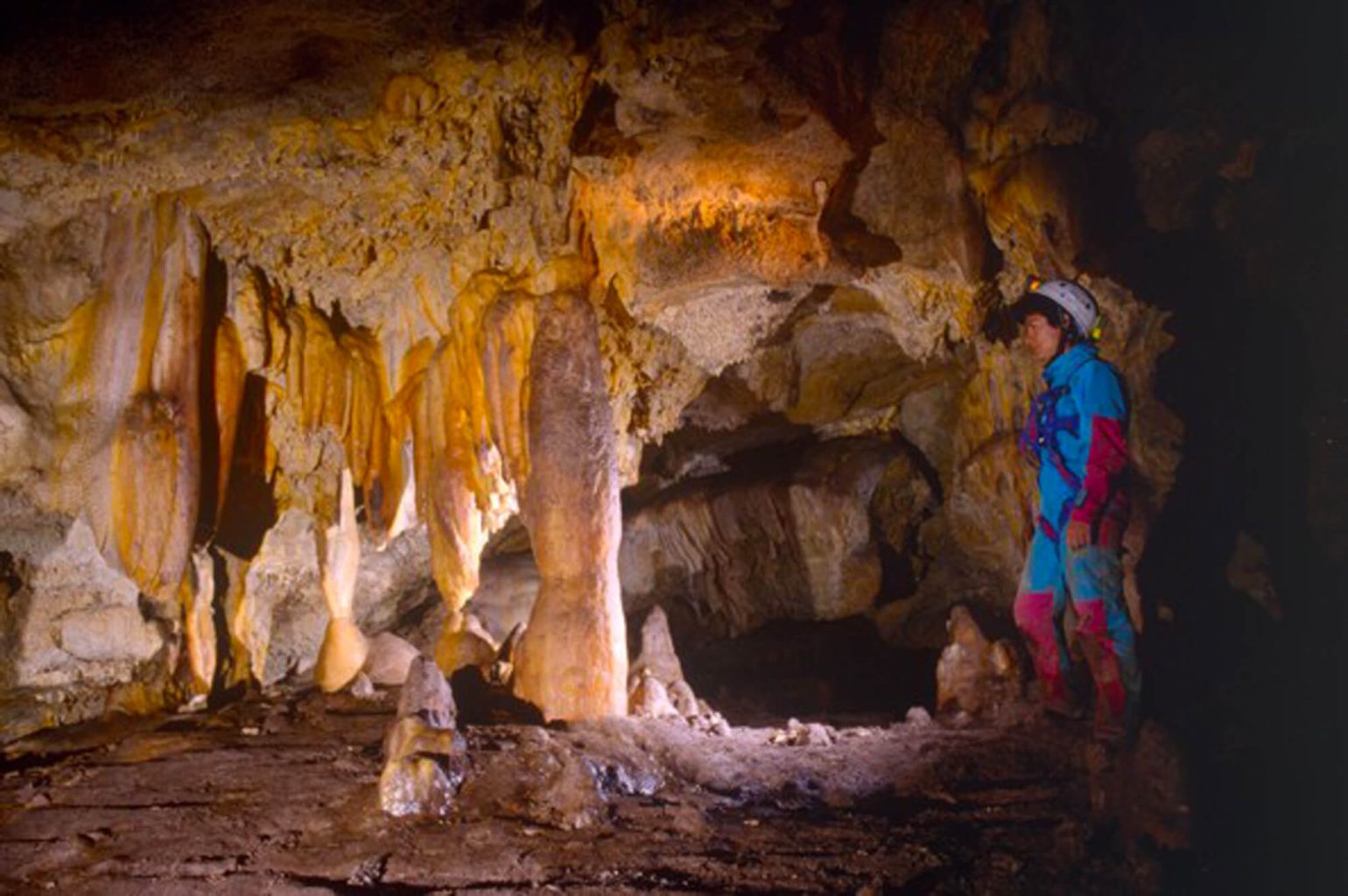 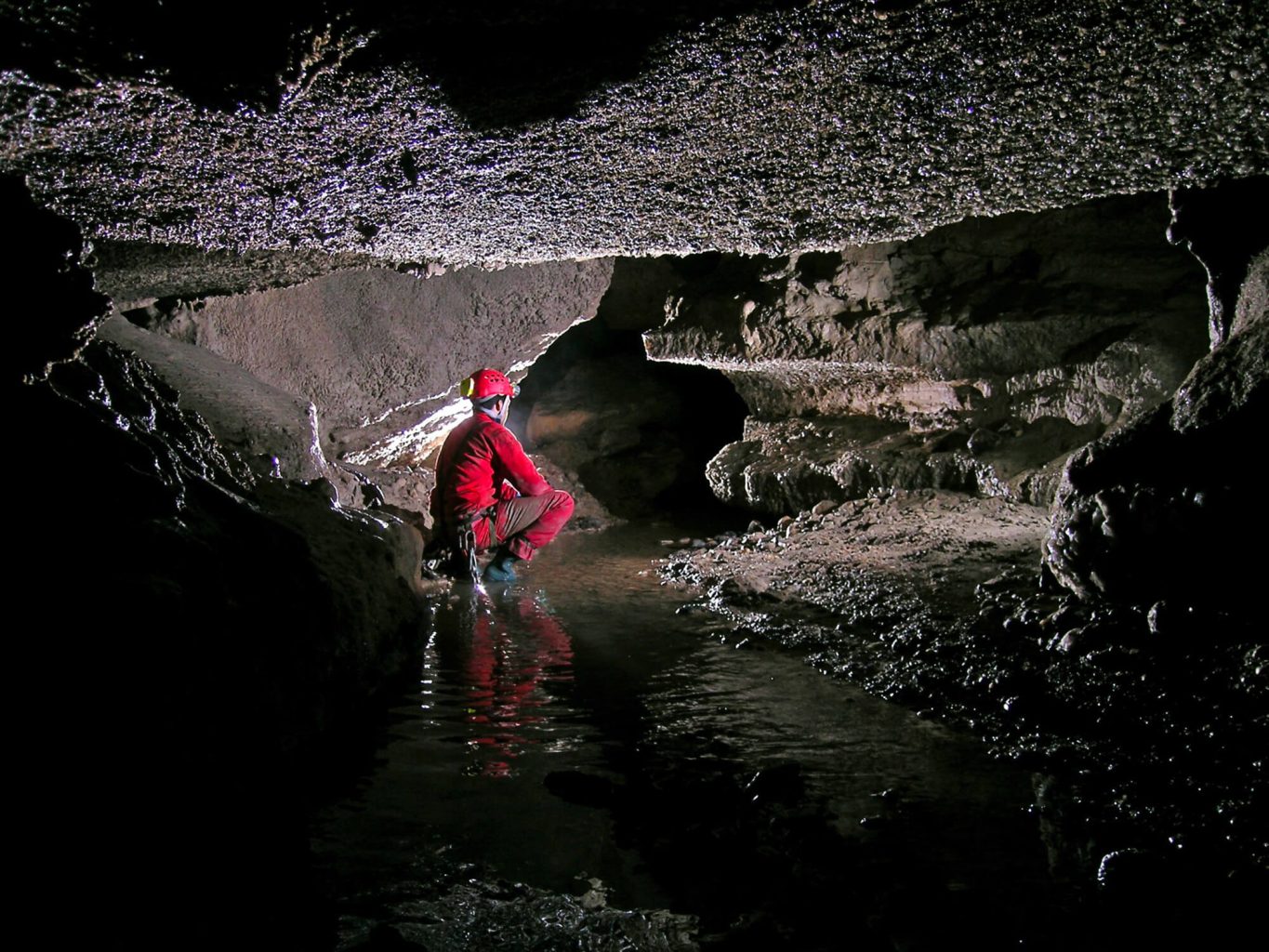 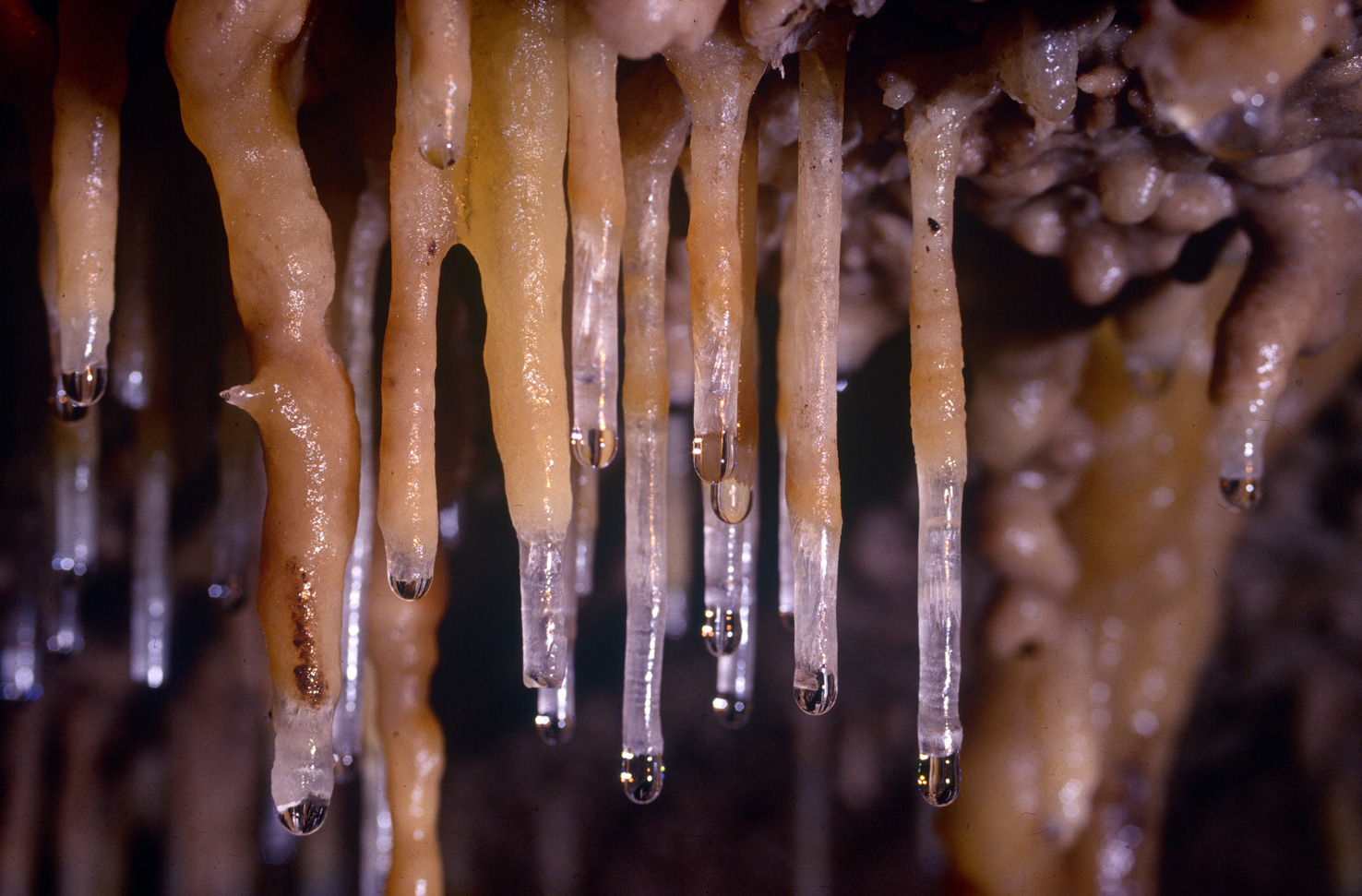 The protected area, which once was almost entirely covered by Mediterranean shrubs and woods, has been affected by centuries-old anthropization. Activities related to agriculture and grazing have changed the original countryside, while reforestation, carried out since the 1980s with species unrelated to the local environment (mainly pine and eucalyptus), have depleted the diversity of the natural habitats. However, the Biviere Valley and the surrounding area are of considerable floristic interest: there are 13 endemic species (species that live exclusively in a specific area), including Dianthus siculus, Silene sicula, Satureja fruticolosa, Euphorbia ceratocarpa. There are also several other rare or regional species, such as Sedum gypsicola, Colchicum bivonae and Colchicum cupanii, Ophrys ciliata, Salix pedicellata, which point out the role played by the protected area as a shelter to safeguard the floristic richness of the Sicilian hinterland.

There are various plant groups: the fragrant thyme shrubs of the garrigue growing on the arid sunny gypsum slopes; the tangled Maquis shrub-land with laurel, rosaceae and sumac shrubs (once widely used in leather tanning and dyeing); the rock vegetation, located on the steep gypsum walls, includes many endemic species such as Brassica tinei and Gypsophila arrostii, while Ampelodesmos mauretanicus prevails in the dry prairies, where plant diversity is high. The Biviere Valley is home to thriving river vegetation, such as black poplar, field elm and willow trees. In late winter and spring, meadows are scattered with the intense colors of wild orchids, 10 species of which grow in the protected area. 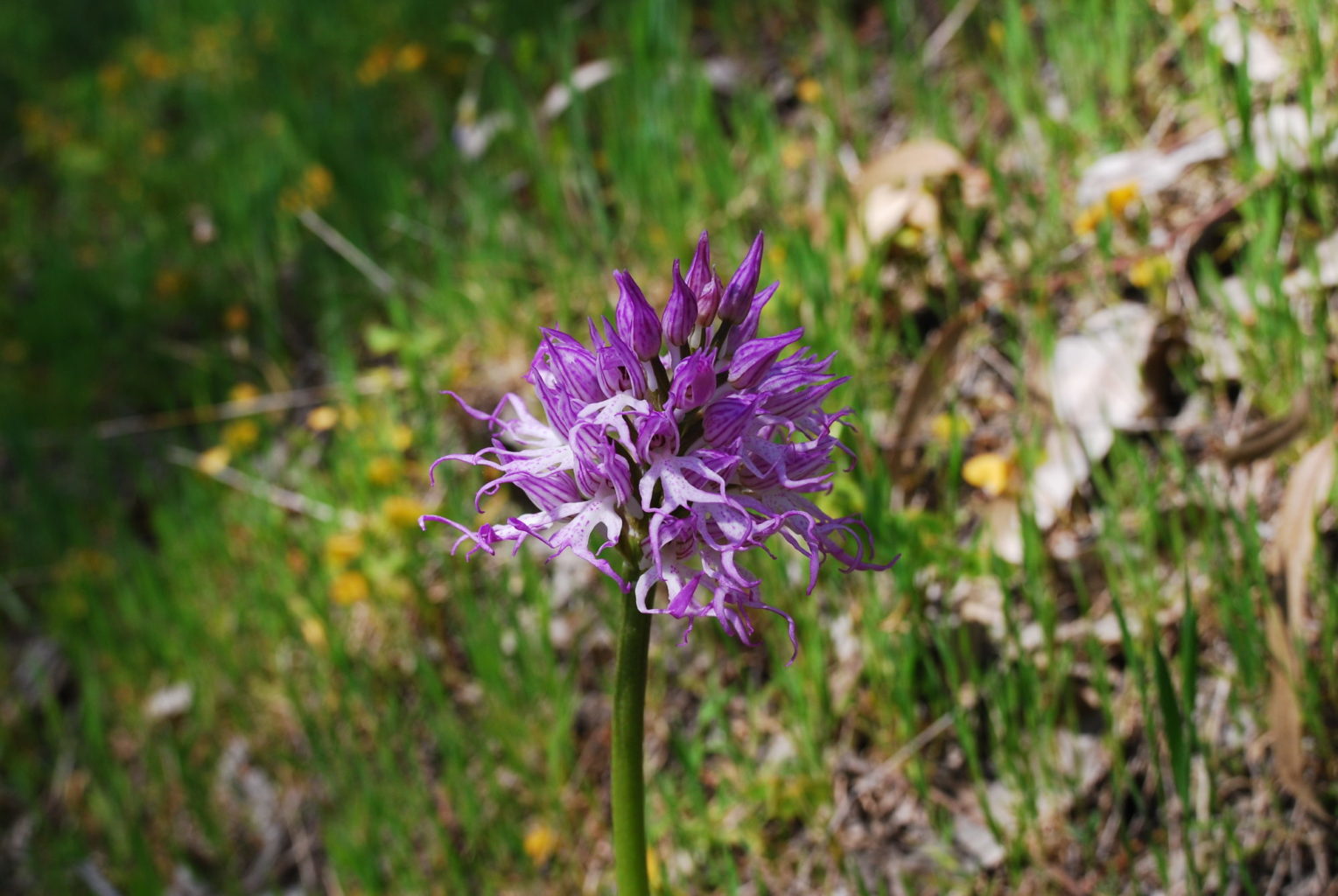 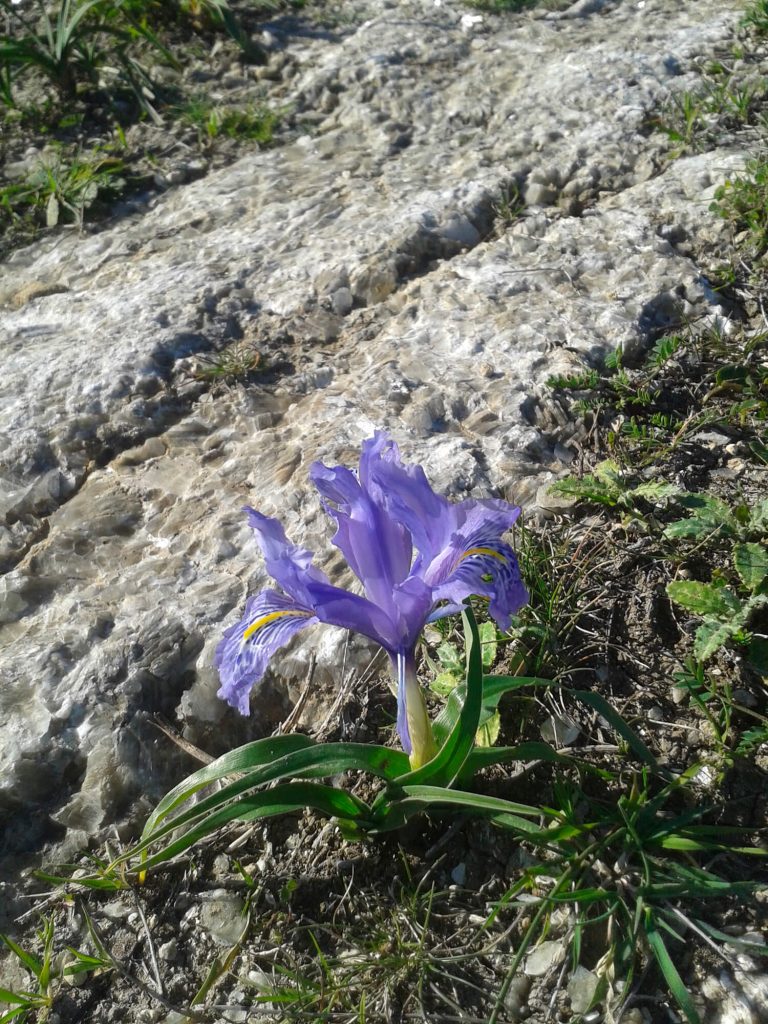 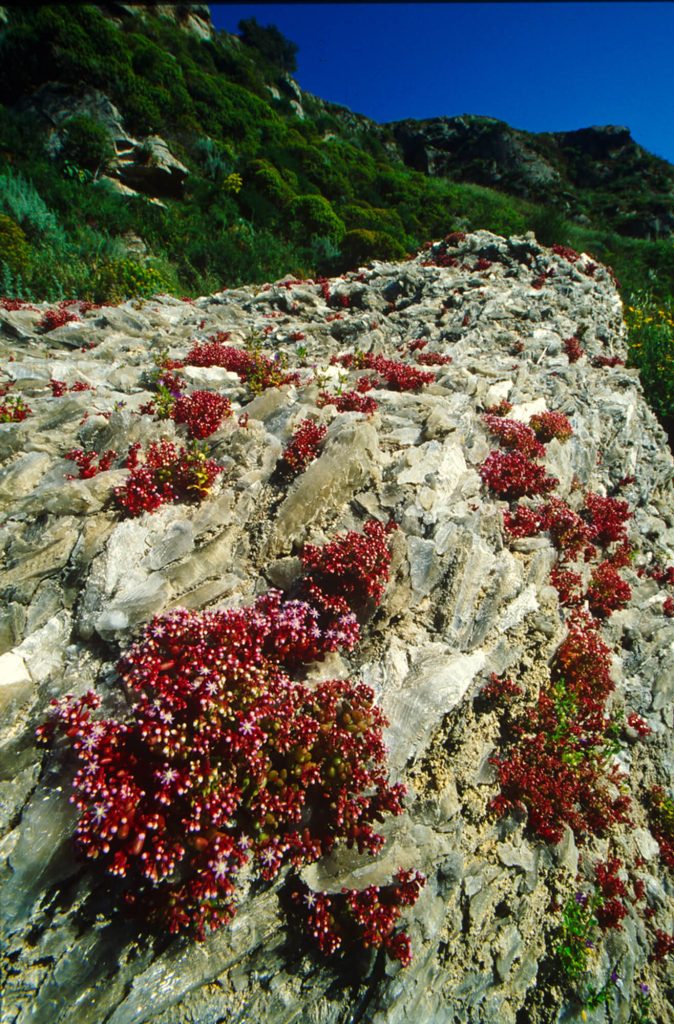 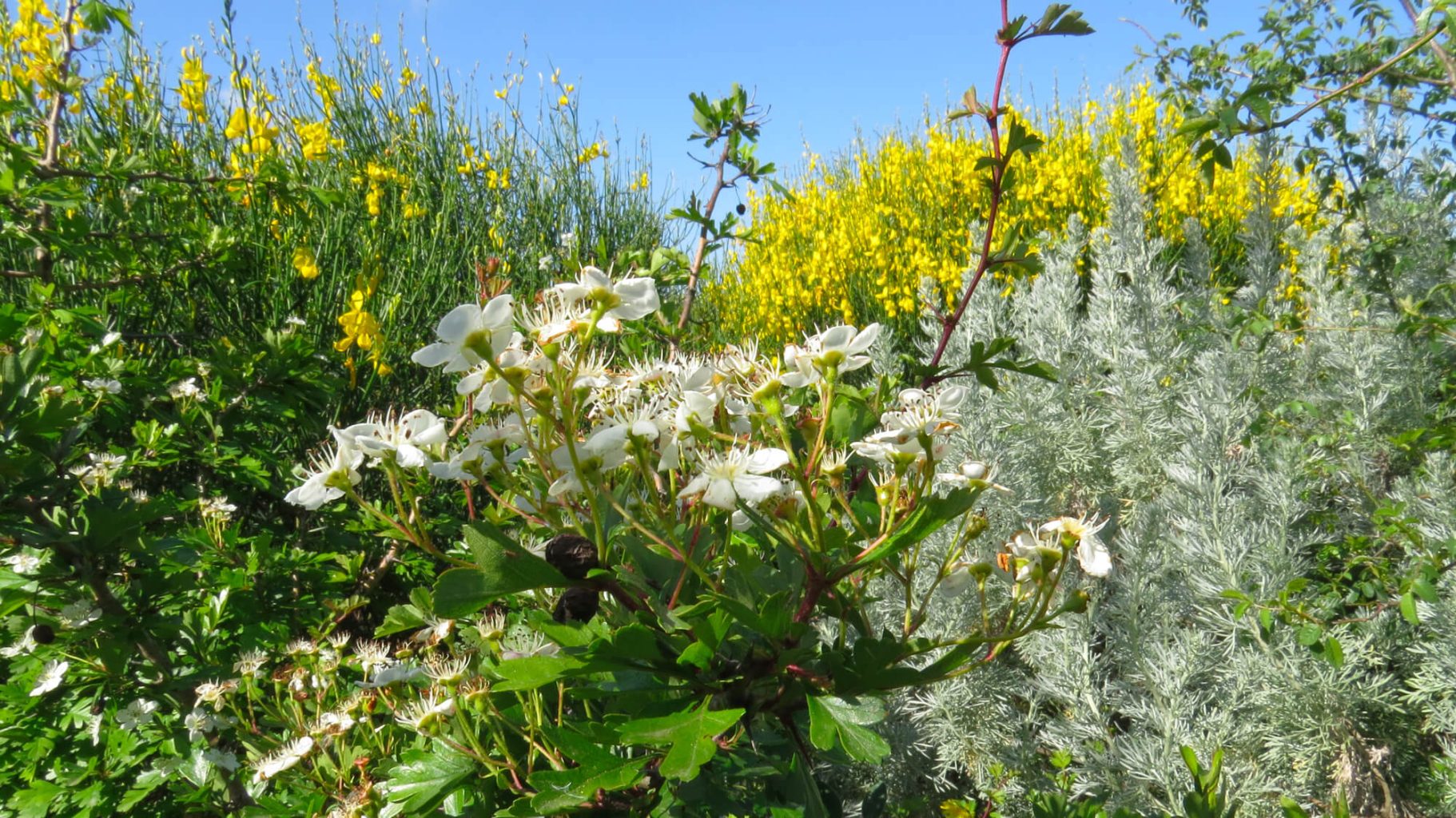 Due to habitat diversity, the reserve represents an oasis and shelter for many animal species, both resident and migratory. The Biviere Lake and the small spring are home to a rich community of amphibians, among which are vulnerable species due to the progressive reduction of lake habitats; one of these is the discoglossus, a frog that lives exclusively in the western Mediterranean area (Sicily, Spain and North Africa). Among the reptiles are the green whip and the water snakes, widespread and easy to view, as well as the Aesculapian snake and the green lizard. Mammals are the most elusive animals, mostly because of their evening and night habits; foxes, wild rabbits and hedgehogs are widespread, while it’s rather difficult to notice the presence of marten and weasels, small voracious mustelids. Along the paths, porcupine quills are often found. The existence of the Sicilian shrew, a small insectivore endemic to the island, is also confirmed. Closely linked to the numerous caves that open up in the area are the bats, including Pipistrellus kuhlii, Hypsugo savii, Pipistrellus pipistrellus, Rhinolophus hipposideros, Rhinolophus ferrumequinum, Miniopterus schreibersii. All species are protected by national and EU laws because they are seriously threatened with extinction. Among the birds it is worth mentioning the colorful and lively bee-eater that in summer stops and builds its nest in the Biviere Valley. During excursions it is possible to view the buzzard slowly gliding and the flying position called the “holy spirit” of the small kestrel. Inside the wood various birds can be heard: the calling of the jay and the turtledove and the songs of the tits, goldfinches and nightingales. At the end of summer, the black kites begin their migration towards Africa.

The cave-dwelling fauna is particularly interesting, because of its morphological and ecological adaptation to the underground habitat. Studies carried out have focused attention on the richness and diversity of the faunal community, consisting of troglofaunal species strongly linked to cave environments (including the isopod Androniscus dentiger, the arachnid Meta bourneti, the fly Triphleba antricola), and epigeal species which occasionally enter the cavity, attracted by the favorable environmental conditions compared to the aridity of the outside climate. Recently, a new arthropod species has been discovered inside the cave: the centipede Choneiulus faunaeuropae 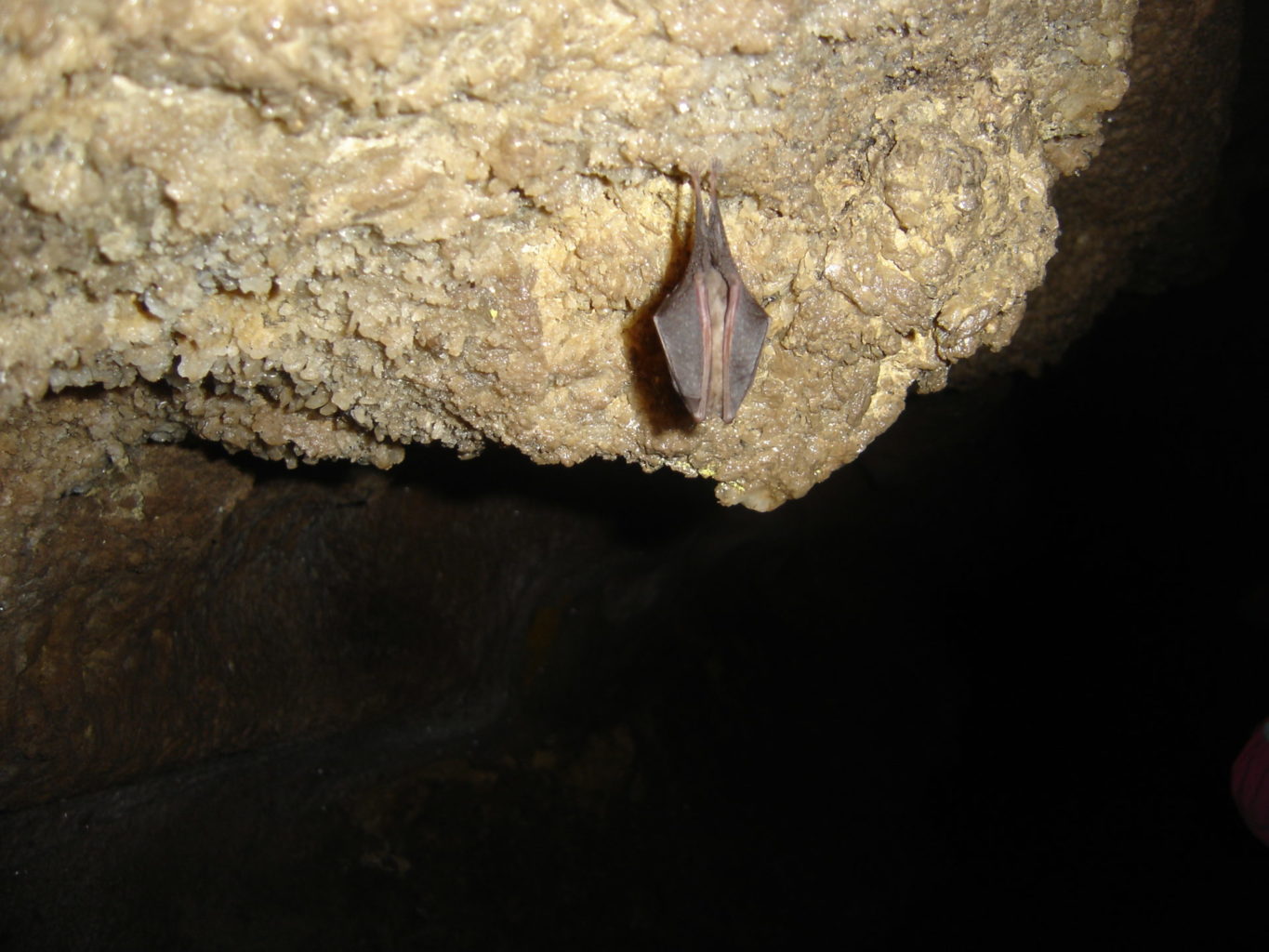 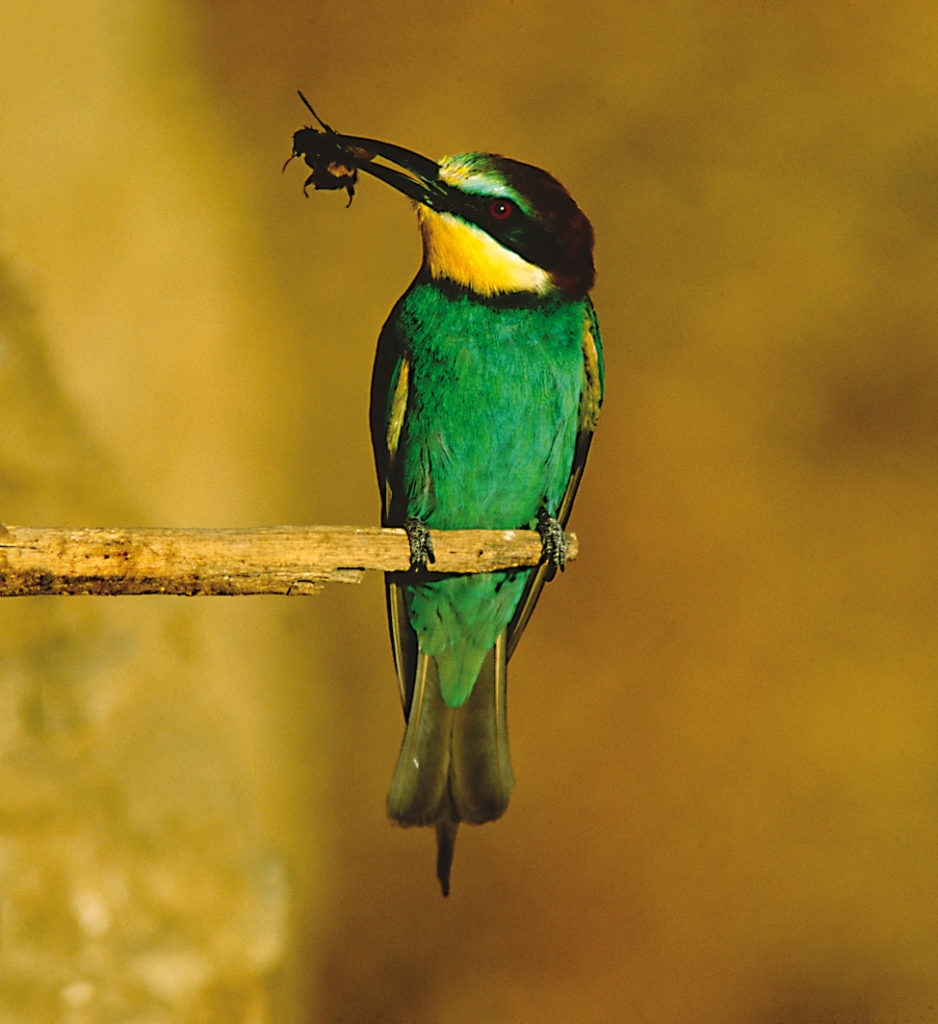 The name of Mount Finestrelle, (literally “small windows”), (662 m) derives from the small tombs hollowed out from the rock on the southern slope; they have the shape of a “stone oven” or an “artificial cave”. The tombs, with semicircular, semi-elliptic or rectangular floor-plans, certainly date back to the pre- and protohistoric Sicilian funerary tradition, better known in eastern Sicily (Pantalica). The most ancient tombs, with a circular cell, date back to the Late Bronze Age (2,000-1,000 BC), while those with a rectangular floor- plan date back to the early centuries of the 1st millennium BC. The necropolis developed mostly around the 9th – 8th century BC.

The tombs, facing south, were arranged side by side in horizontal rows. Most of the tombs have been ruined due to landslides and progressive collapses of the gypsum slope, the few that remain are just small niches dug in the rock, with the vault collapsed and without the original architecture. Various artifacts have been found in the necropolis, now preserved in the Archaeological Museum of Palermo. 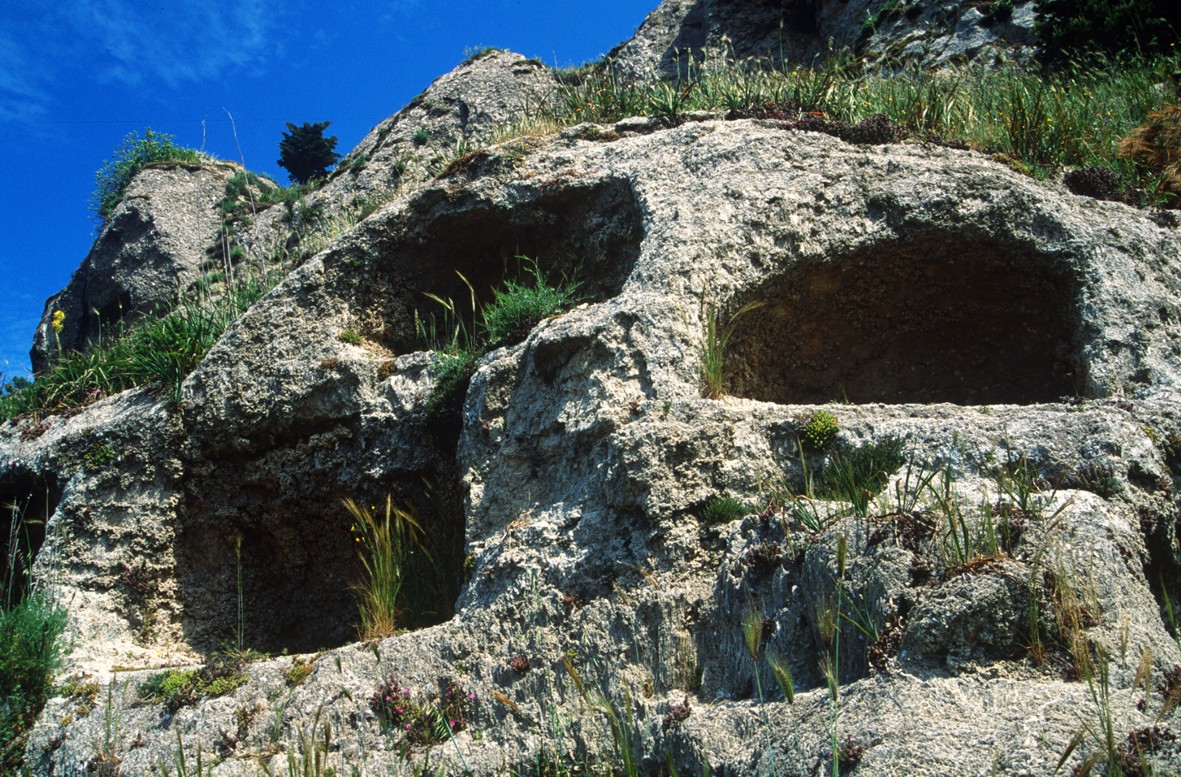 The area of Santa Ninfa has been inhabited since the protohistoric period, as evidenced by the numerous finds of tombs and grave goods in the “Sepolture” district and in the necropolis of Finestrelle and Castellaccio. The town, which takes its name from the Palermitan martyr, was founded by Don Luigi Arias Giardina in 1605. The view from the three hills, on which the town stands at an altitude of about 465 m., spreads out on a wide area of land that goes from Selinunte to Mazara del Vallo, reaching as far as the Egadi Islands. After the devastating 1968 earthquake, which destroyed about 80% of the buildings, the slow reconstruction of the town on the same site as it was originally, is now completed. Santa Ninfa is renowned, in the province of Trapani, for its meat based gastronomic traditions, sausage, cheeses and ricotta; the production of lace and embroidery is outstanding. The Nino Cordio Museum is worth a visit. It houses a rich collection of engravings, oil paintings, frescoes and sculptures by the versatile artist. The Emigration Museum, dedicated to the Sicilian political emigration to America, after the uprisings of the Sicilian Fasci in 1894, and the permanent exhibition Prehistory “Pietra prima cultura” (literally “Stone early culture”) are also interesting. 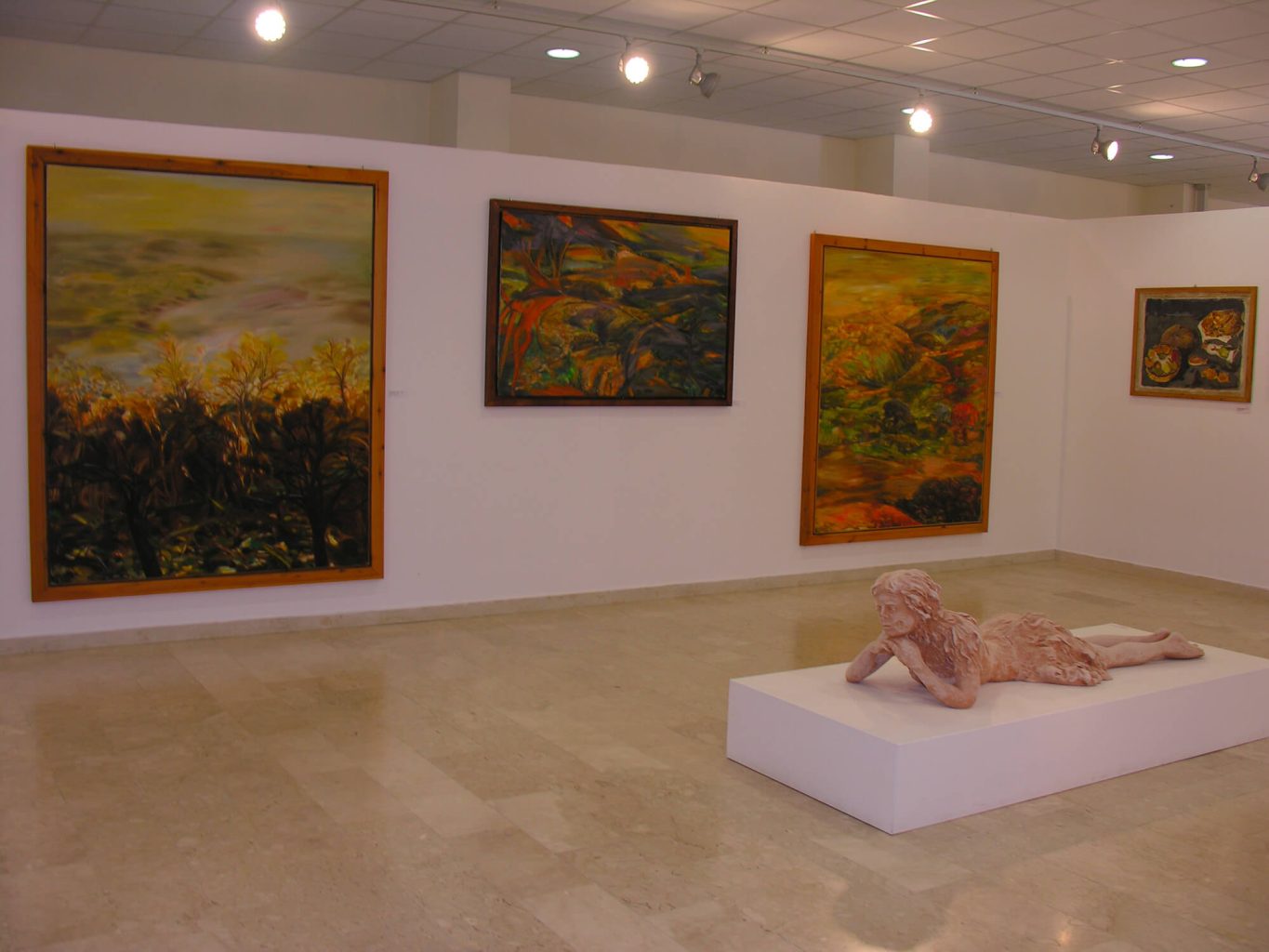 The most ancient sources trace the origins of Gibellina to periods prior to the Greek colonization in the 8th century BC. The current name derives from the Arabic Gebel-Zghir (small mountain) or Gebel-in (two hills), showing evidence of the long Arab domination. The town was totally destroyed by the earthquake occurred in the Belice Valley (1968), and then rebuilt in a new site, about 20 km from where the old town was. Many contemporary artists were involved in the reconstruction of the town. The project included Consagra, Pomodoro, Cappello, Burri, the new Gibellina was an “open-air laboratory of contemporary sculpture”. Among the various architectonic works are worth mentioning the Star of Consagra, a spectacular town entrance gate, the Di Stefano Houses, the System of Squares, the Town Hall Building. The Museum of Mediterranean Stories is worth visiting, it houses a collection of costumes, jewels, fabrics, pottery and artifacts of peoples of the Mediterranean area (Sicily, Egypt, Tunisia, Palestine, Morocco, Spain, Algeria, Albania, etc.), the whole collection has a great expressive impact and a transnational and interdisciplinary character. Also the Civic Museum of Contemporary Art is interesting for its rich collection of works of art by great contemporary artists (Scialoja, Rotella, Corona, Beuys, Consagra, Accardi, Sanfilippo, Fontana, Guttuso, Pirandello, Schifano , etc.). The Orestiadi Foundation every year organizes an interesting cultural program followed by thousands of tourists. 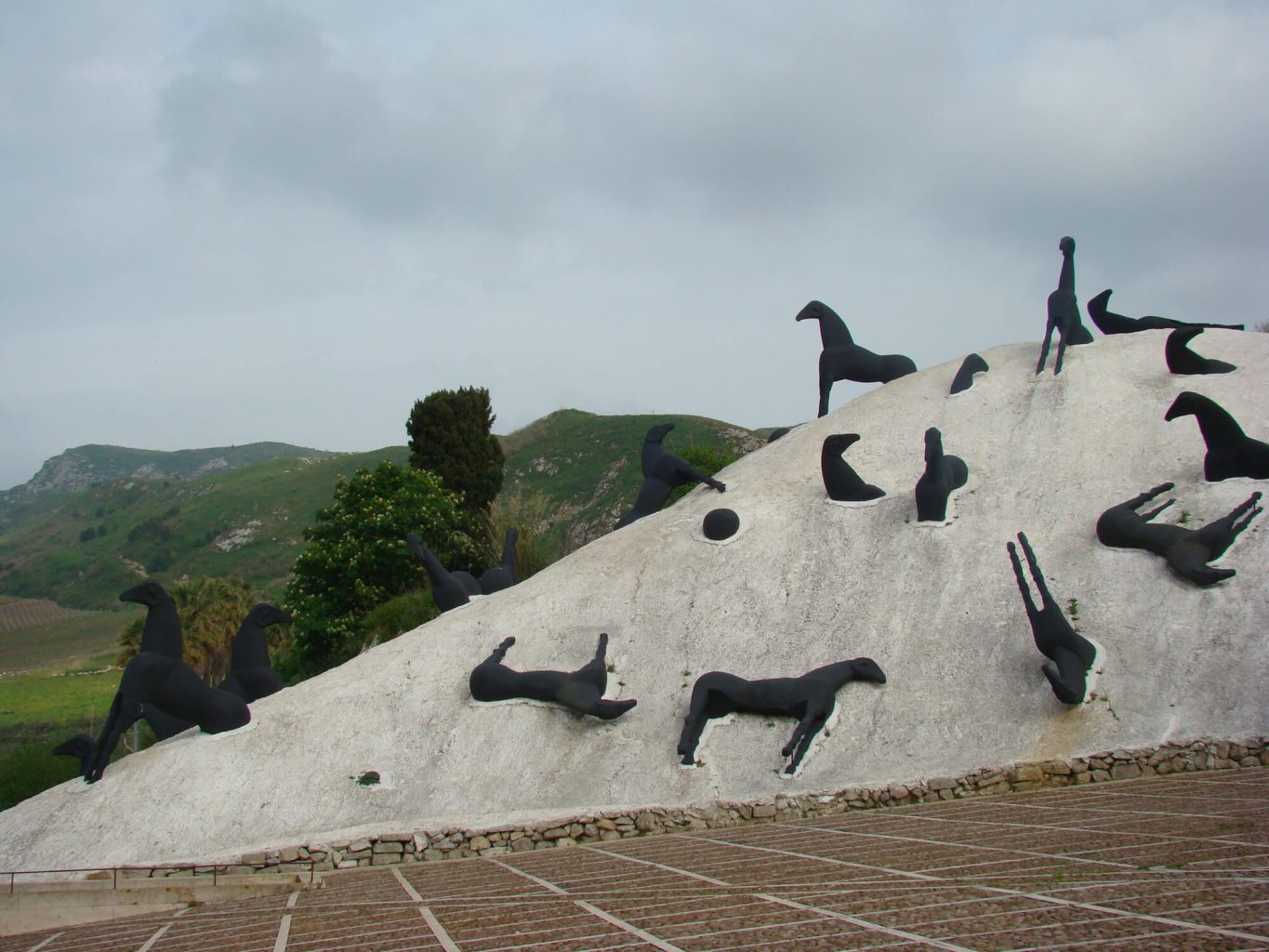 In the surroundings of the nature reserve, the Cretto di Burri must be visited, this is a colossal land-art work that covers the ruins of the old Gibellina, and the ruins of Poggioreale and Salaparuta, the old towns destroyed by the earthquake and abandoned by the population.

The nature reserve is part of the Belicina Museum and Nature Network, which works for the enhancement and promotion of the sites of cultural and naturalistic interest in the Belice Valley. 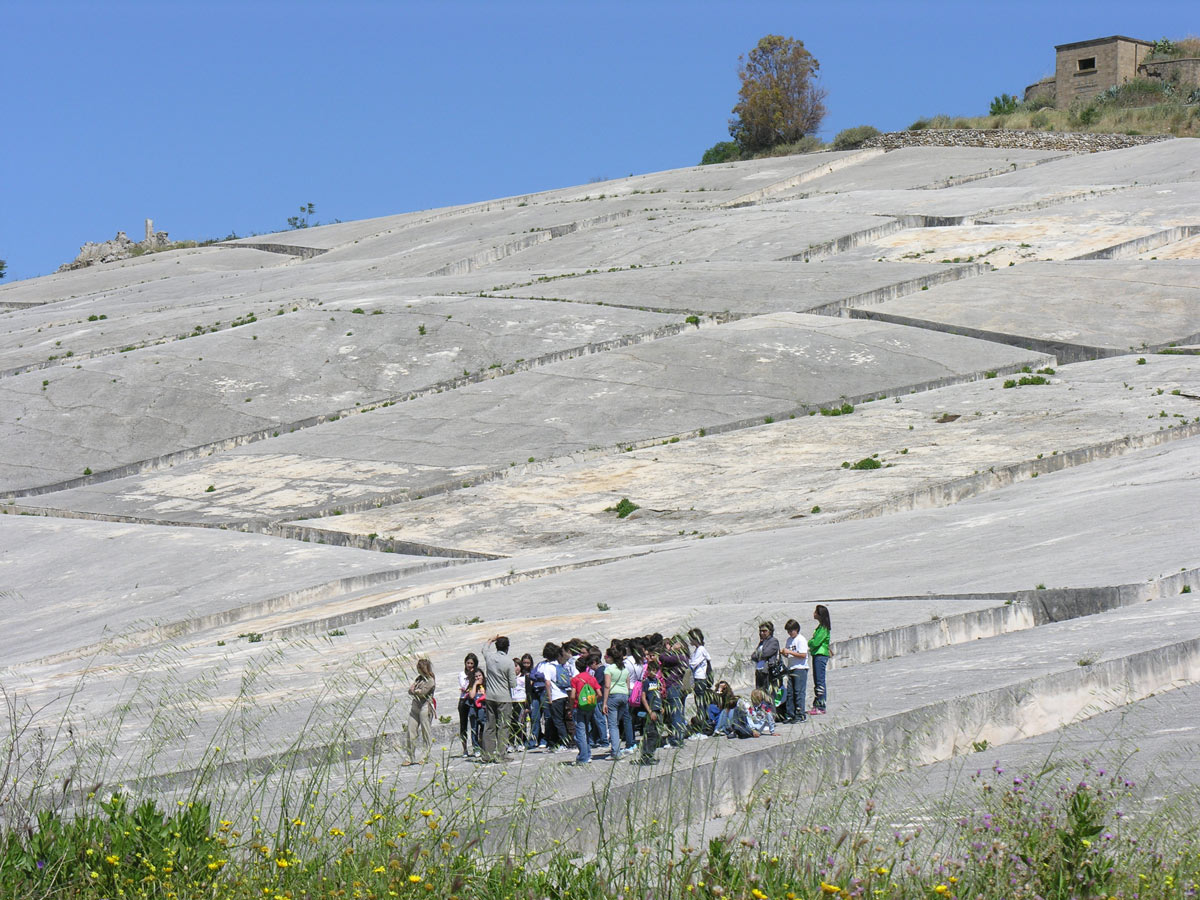