The nature reserve’s head office, the Visitor Center and the Explore the Environment Center (a nature museum and an involving and interactive environmental education center) are located in the Rampinzeri Castle, an ancient farmhouse dating back to the 1600s, of considerable historical and cultural interest.

Reservation is necessary to visit the Center, call the following telephone numbers:

How to get there 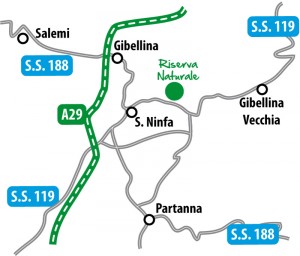 By road from Palermo, Trapani and Mazara del Vallo, take the A29 Palermo / Mazara del Vallo motorway, exit at Salemi or Santa Ninfa. When you reach the town, follow the directions for the reserve and the Rampinzeri Castle.

The reserve can also be reached via the Palermo – Sciacca highway (SS 624), exit at Salaparuta and continue in the direction of the ruins of Salaparuta, Cretto di Burri and then Santa Ninfa.

This is a visitor center as well as an information point where one can discover the Nature Reserve and its services. It is an involving and interactive nature museum, which tells the story of the Nature Reserve and of the surrounding territory through thematic exhibitions, habitat reconstructions, 3-D models, videos and instructive displays. It is an environmental training center made to explore the territory and experience the fascinating natural balances. The information center’s purpose is to increase knowledge in the fields of geology, natural environment and nature conservation.

The Explore the Environment Center, inaugurated in April 2016, is located inside the Rampinzeri Castle and is based on the direct involvement of visitors and on sensory and emotional learning. 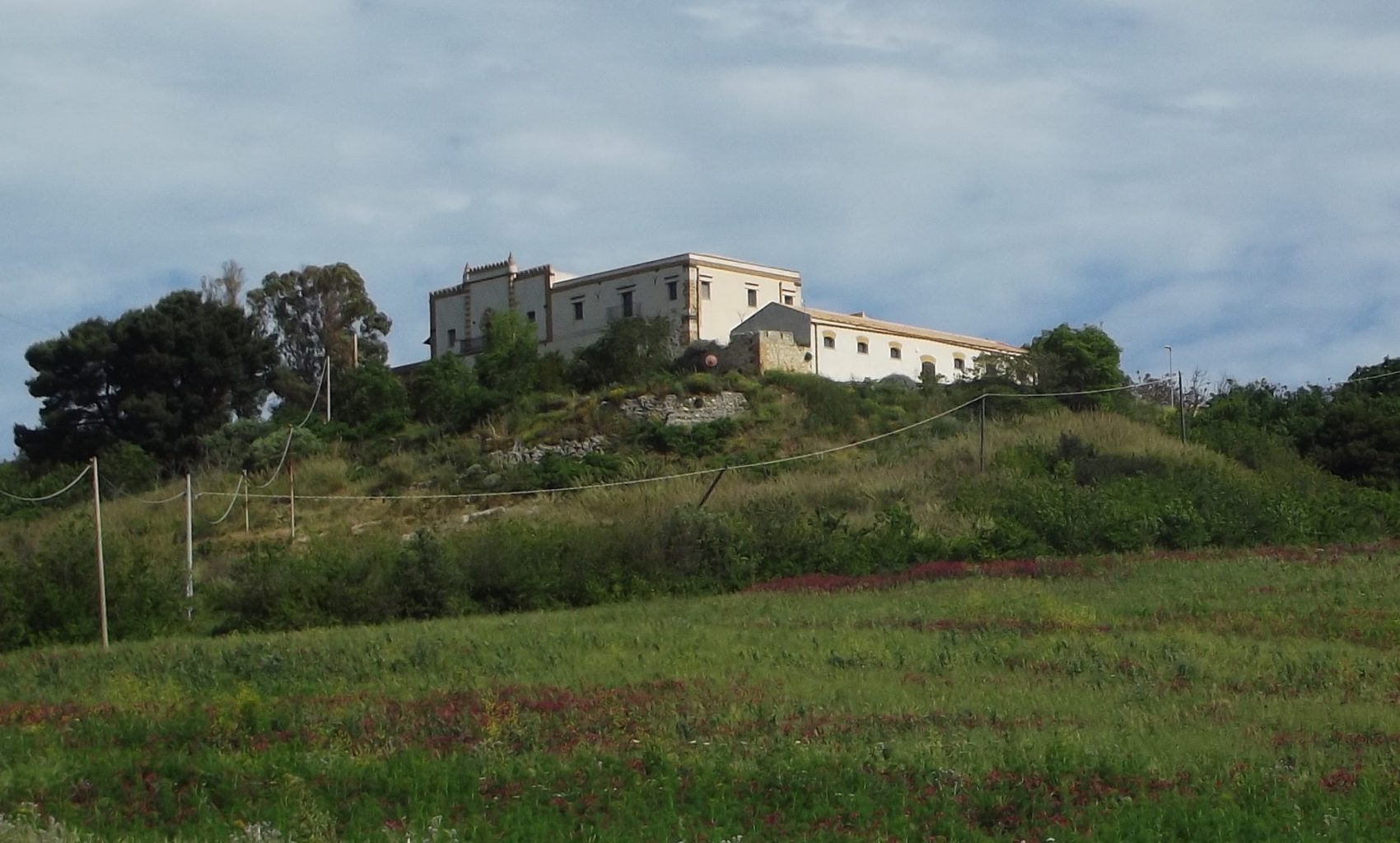 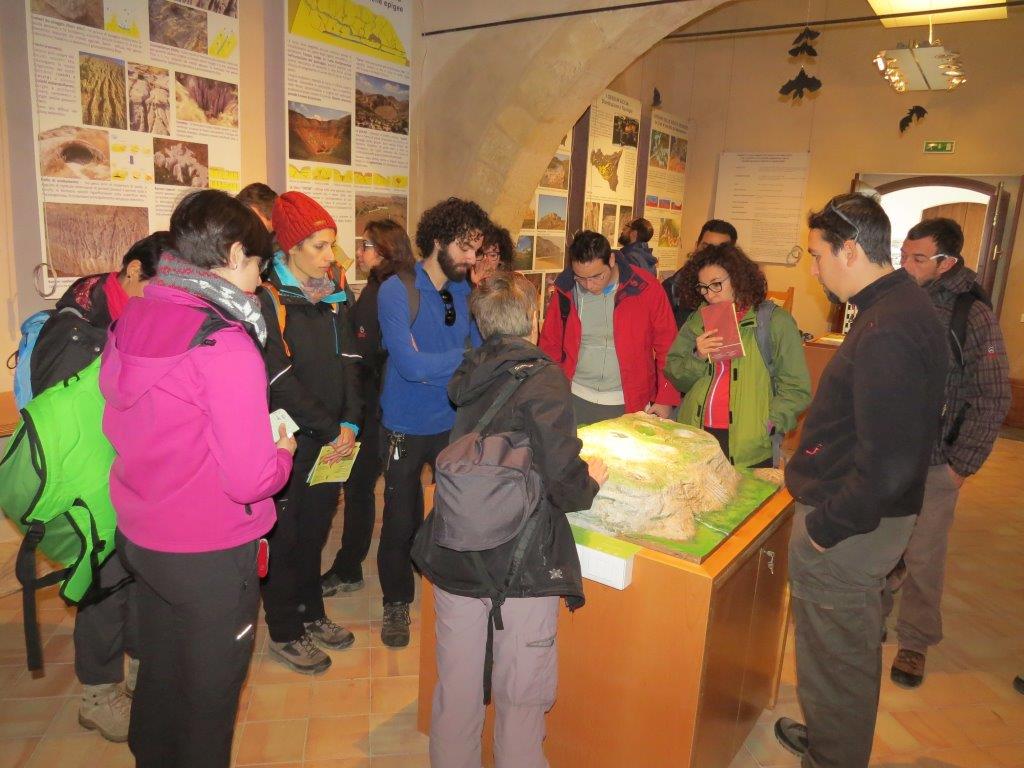 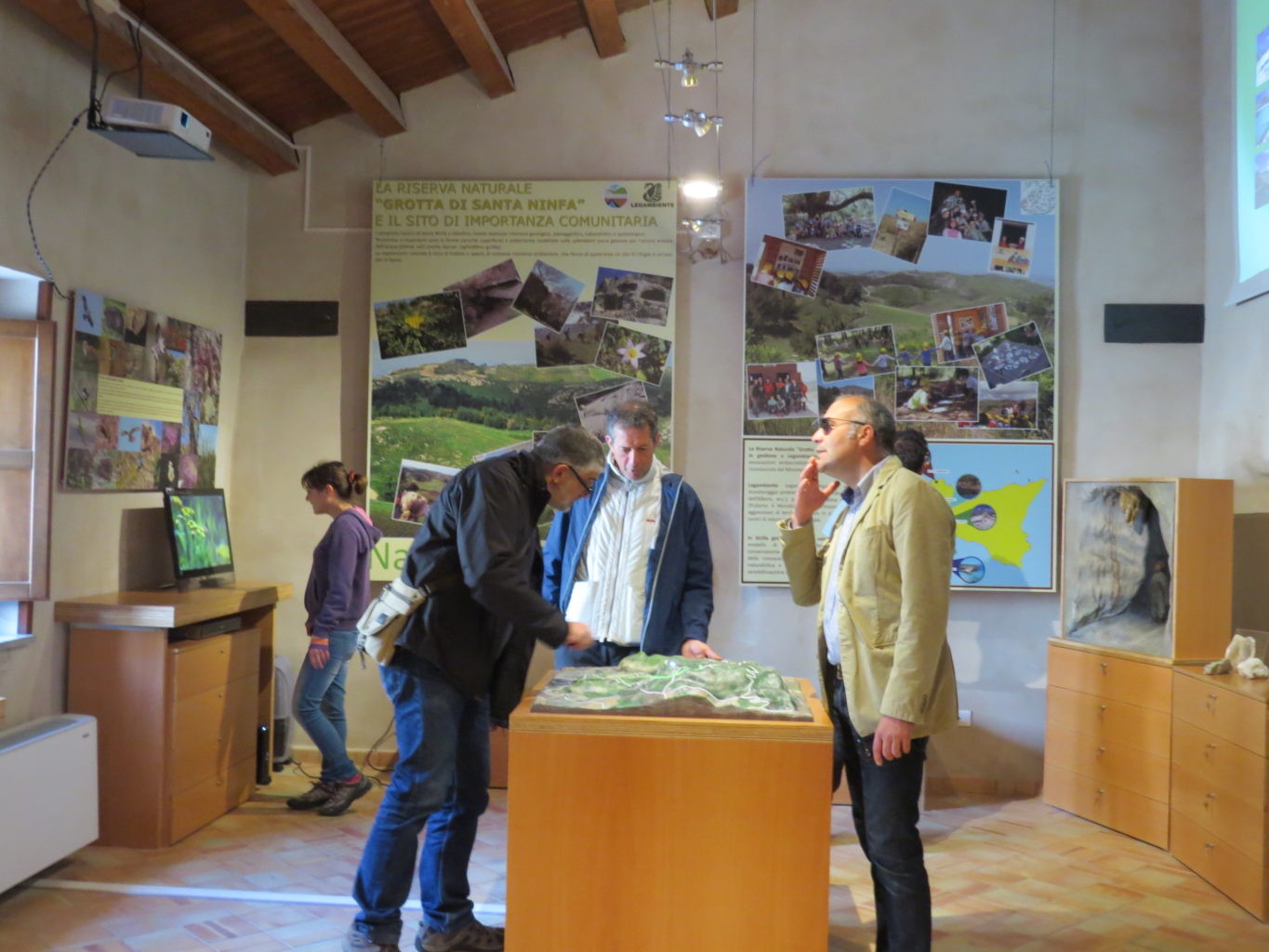 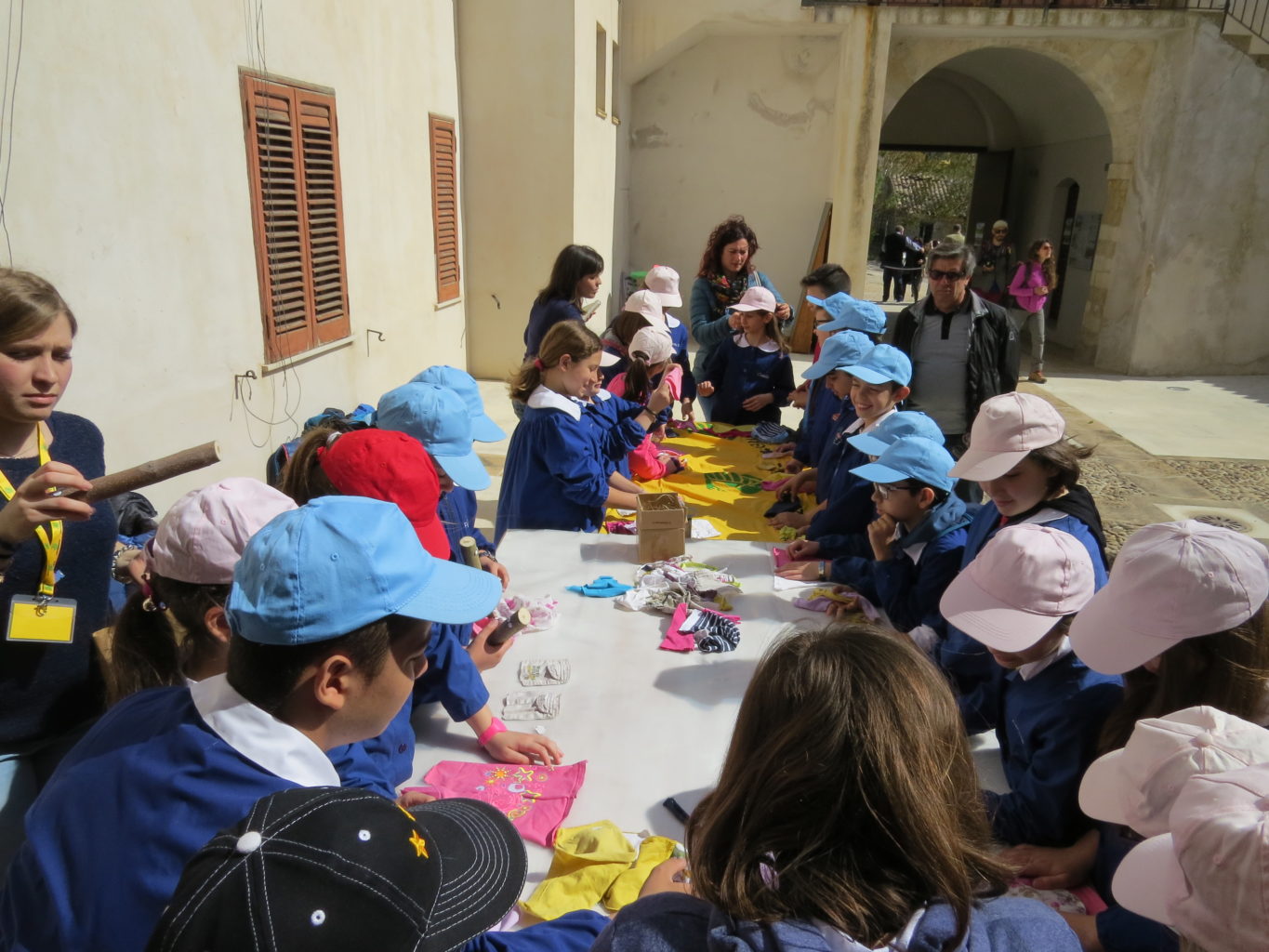 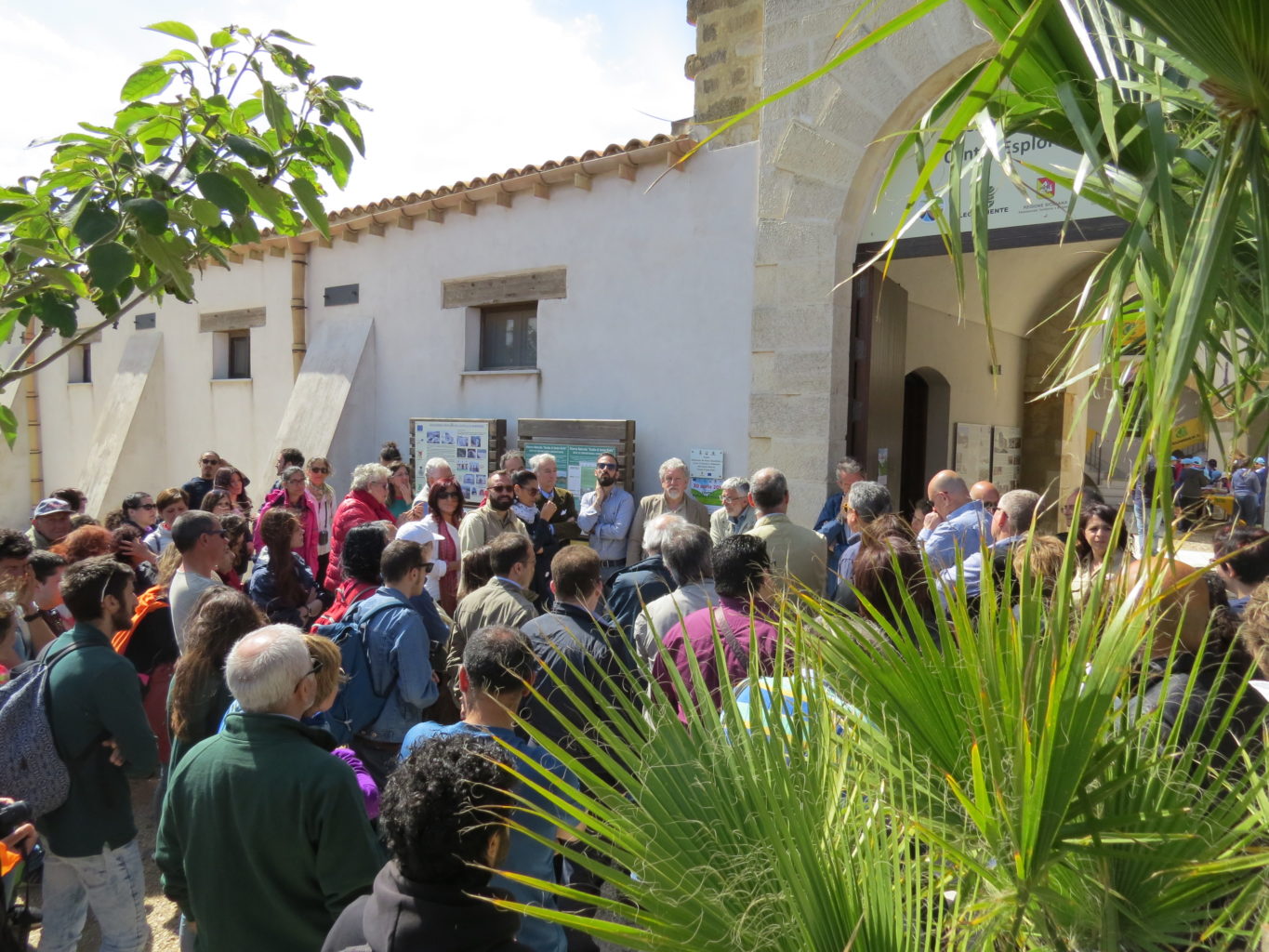 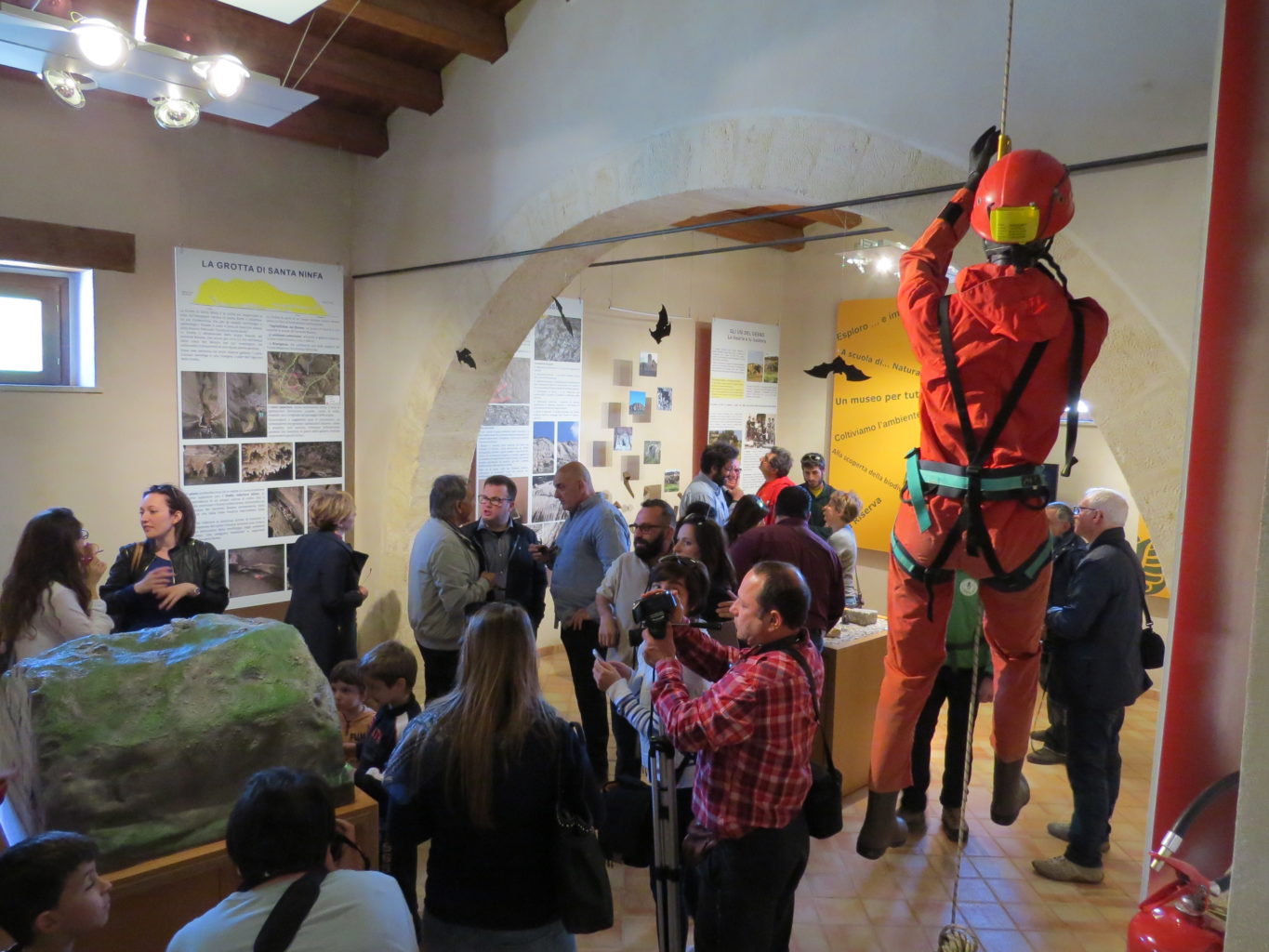 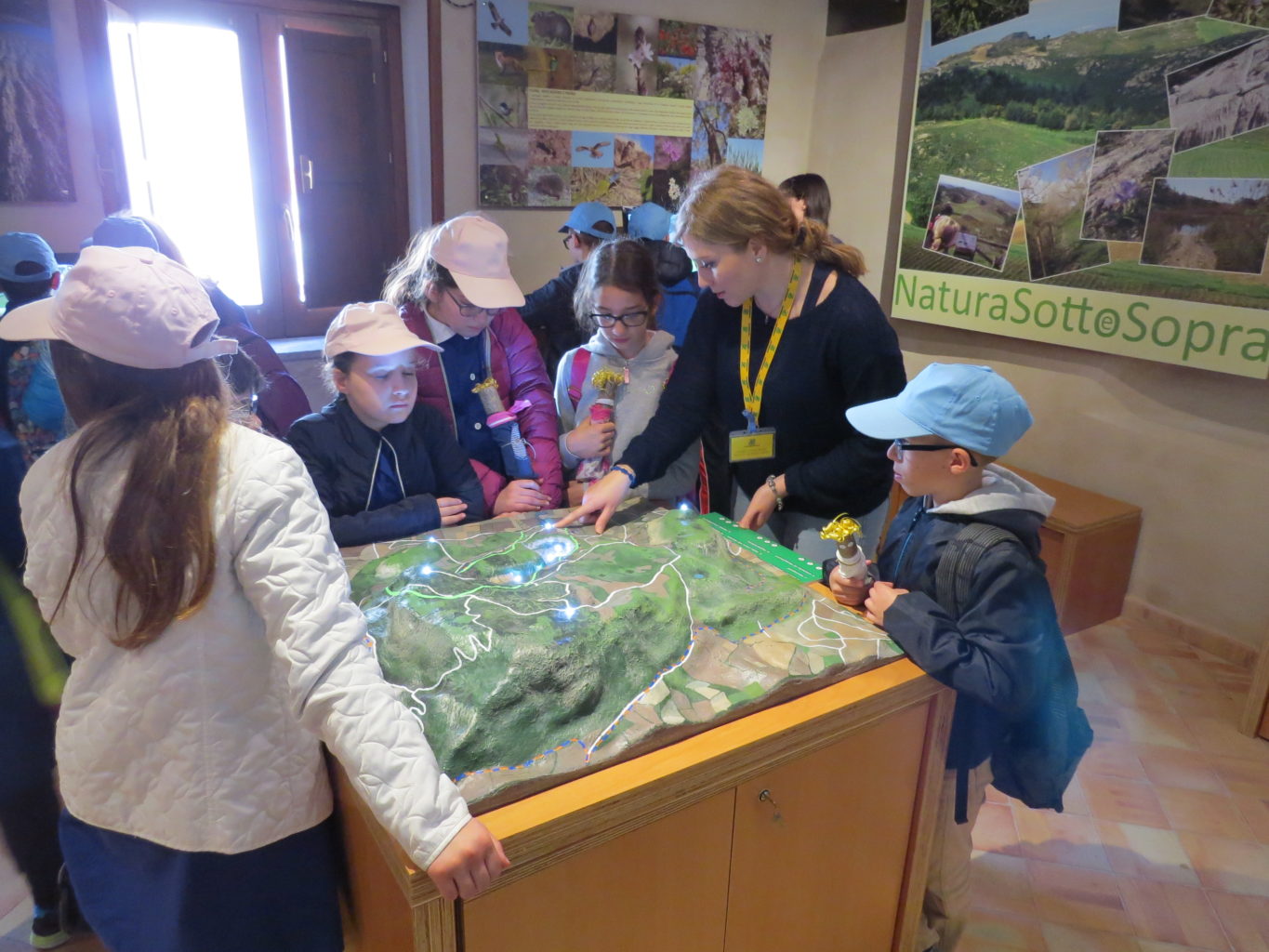 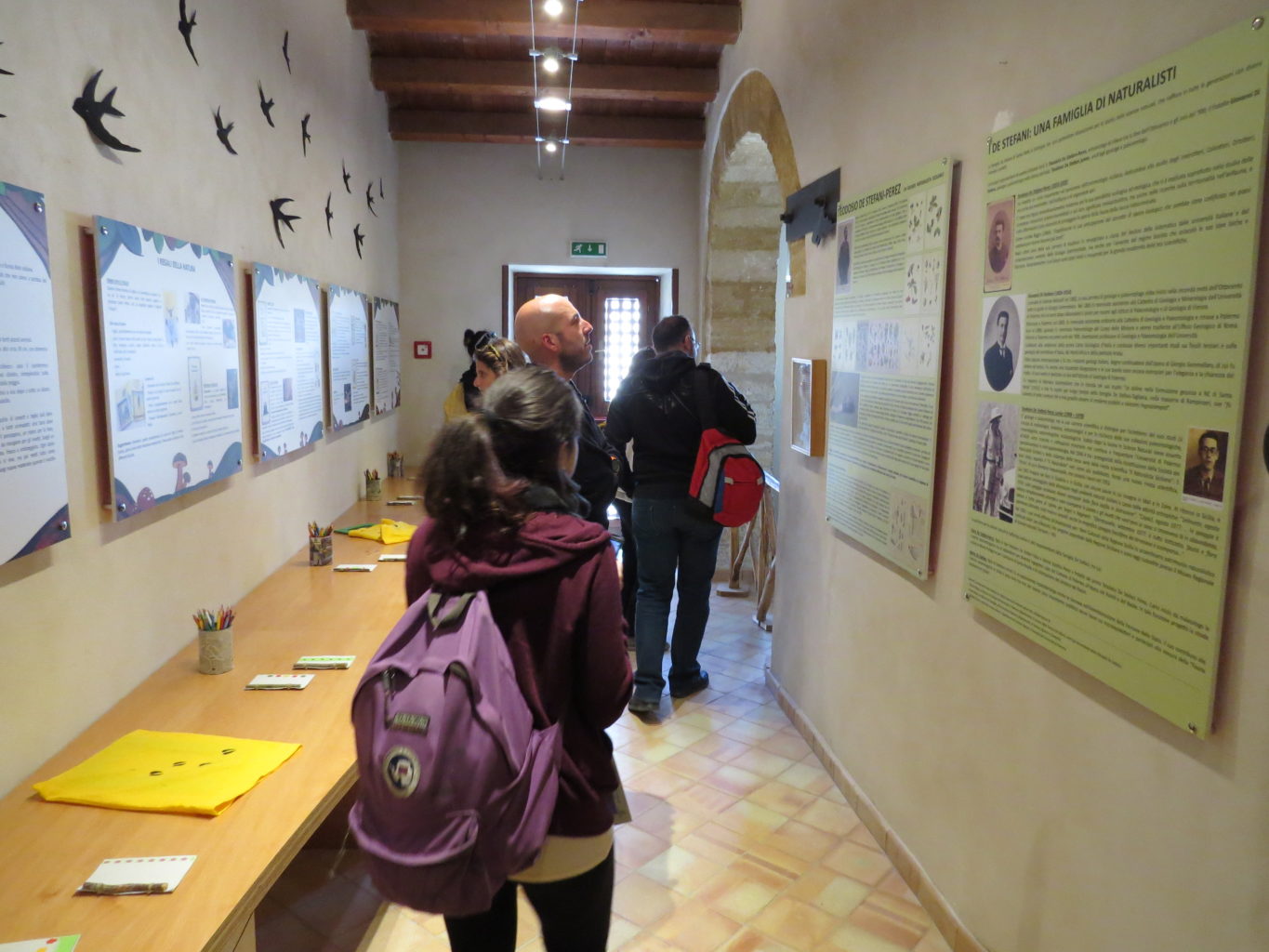 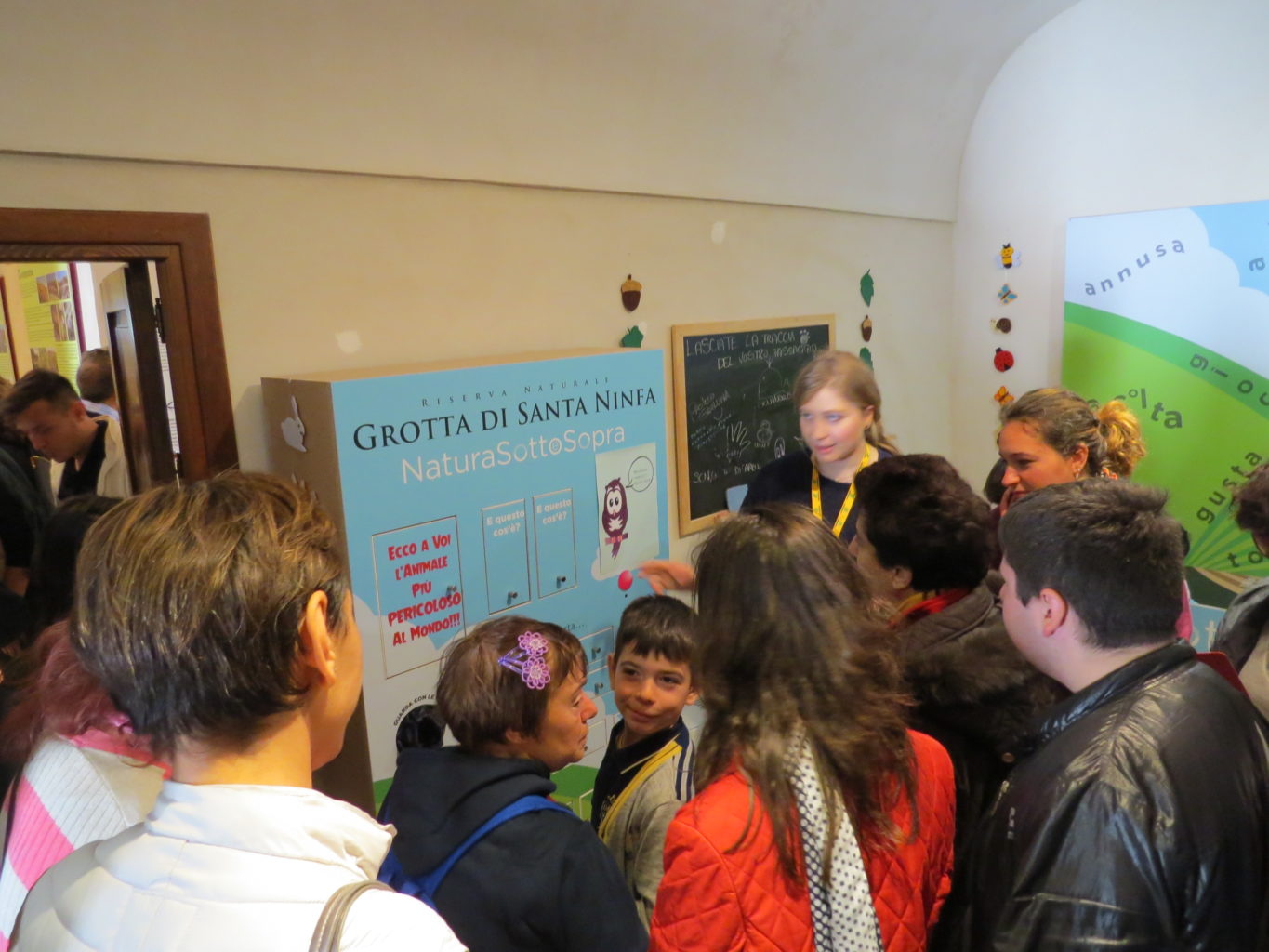 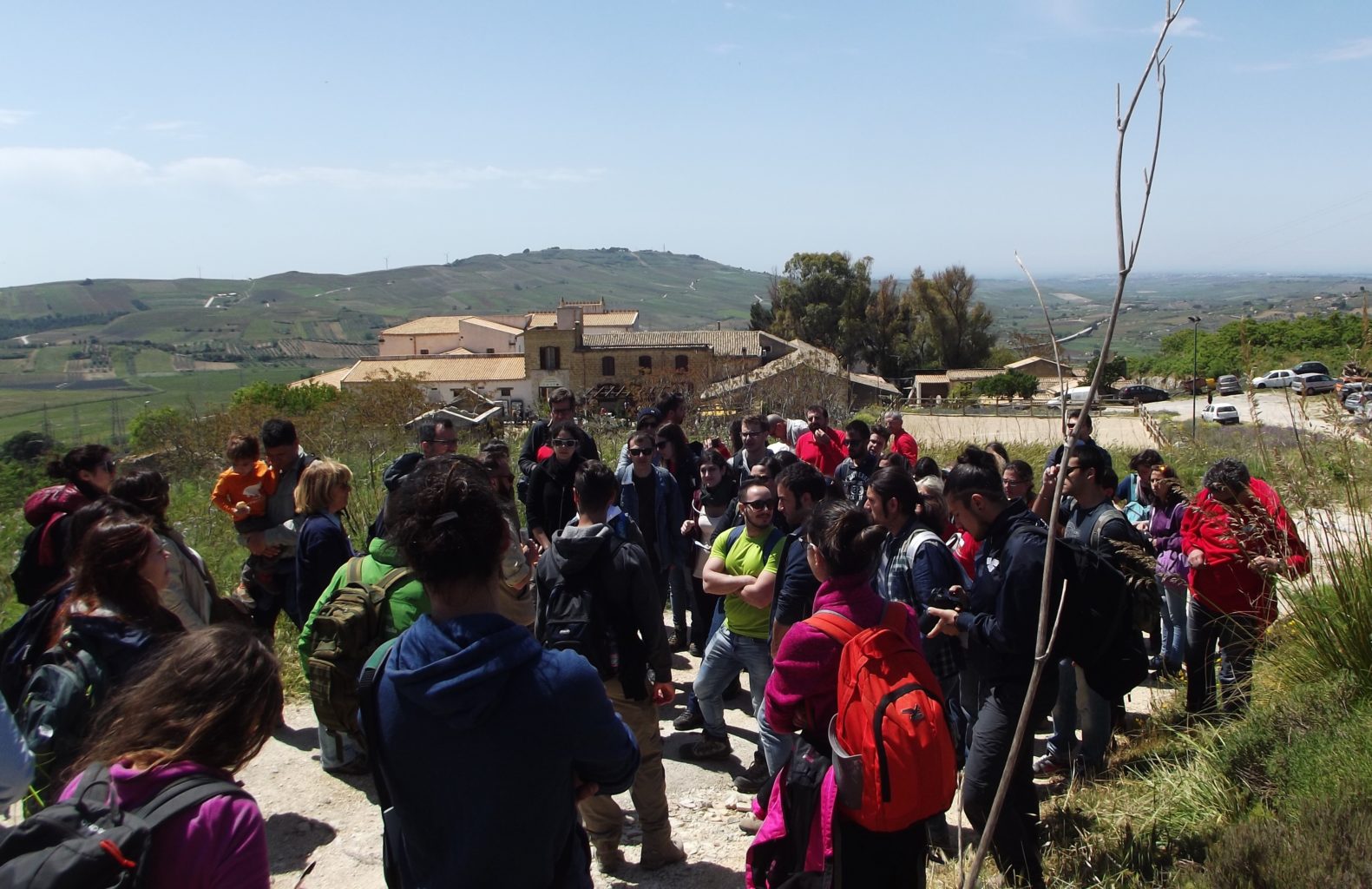 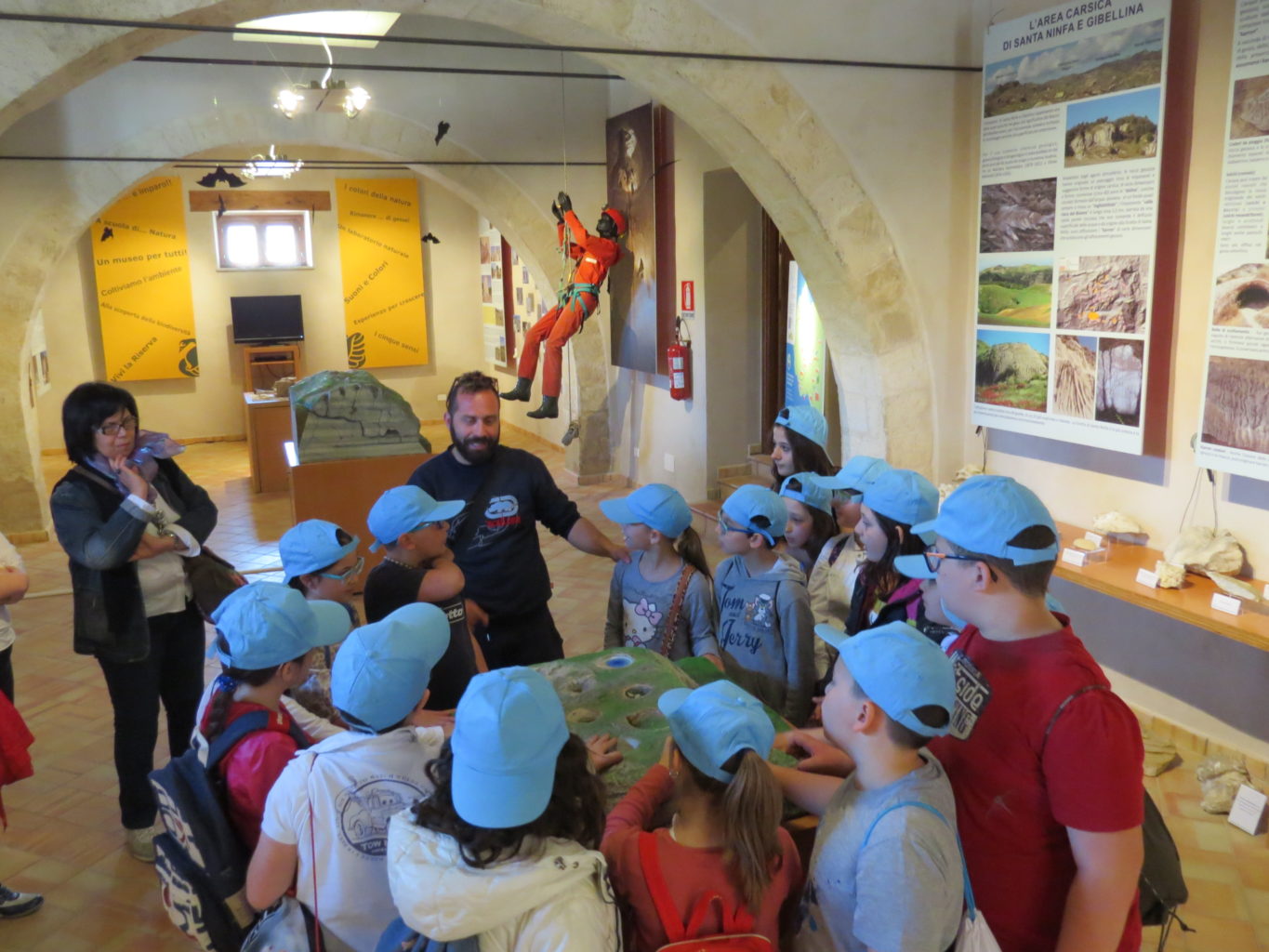 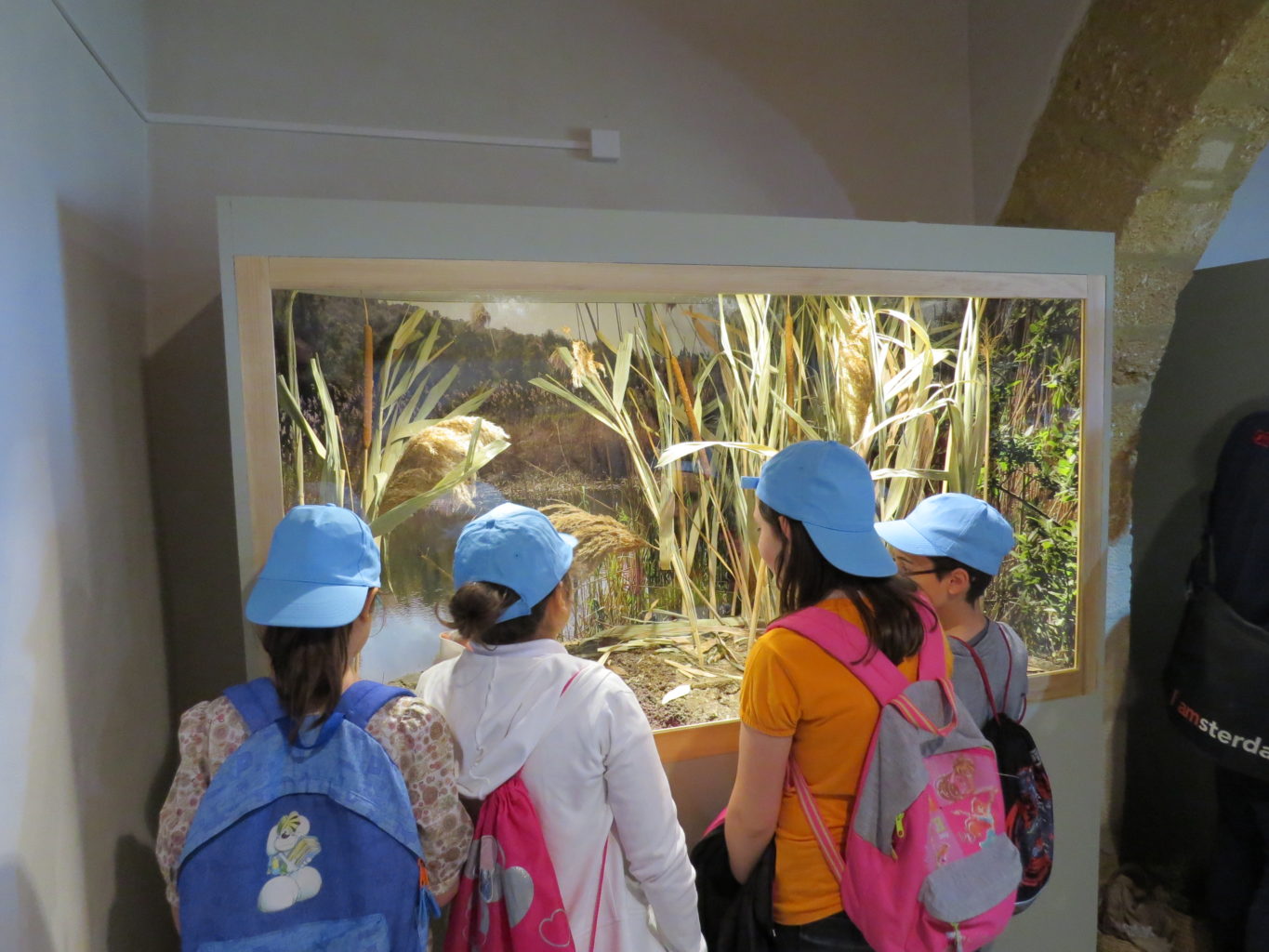 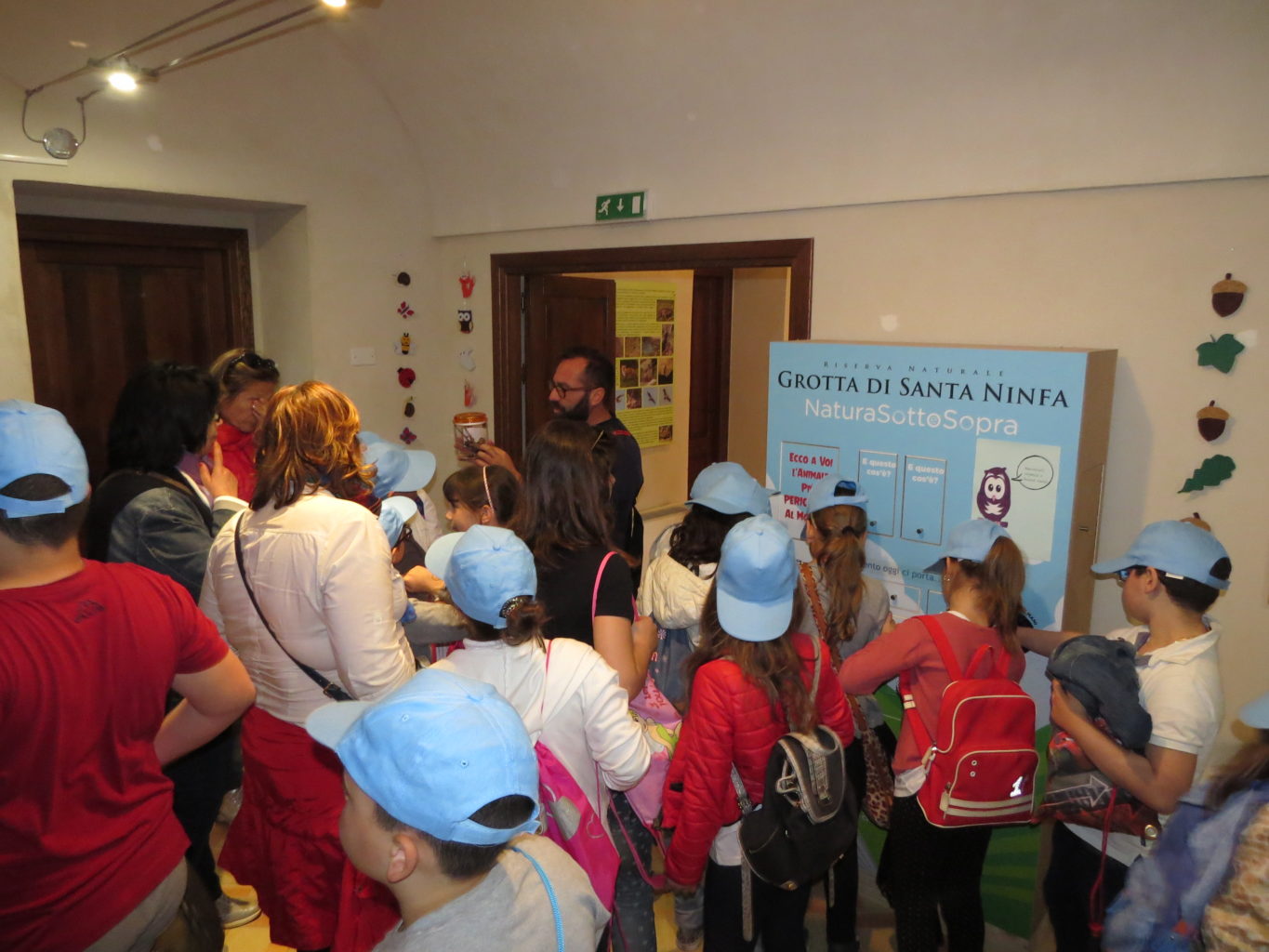 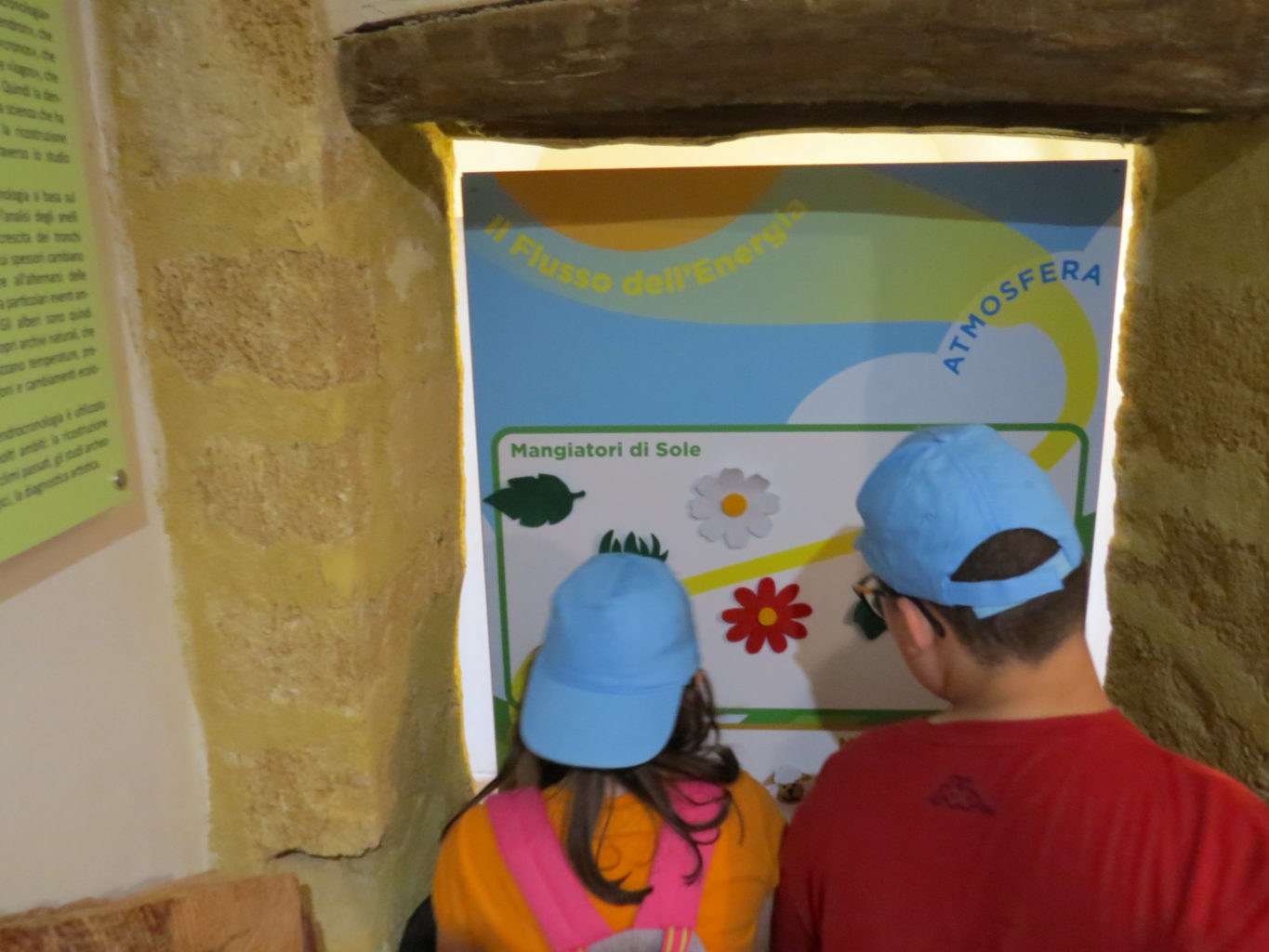 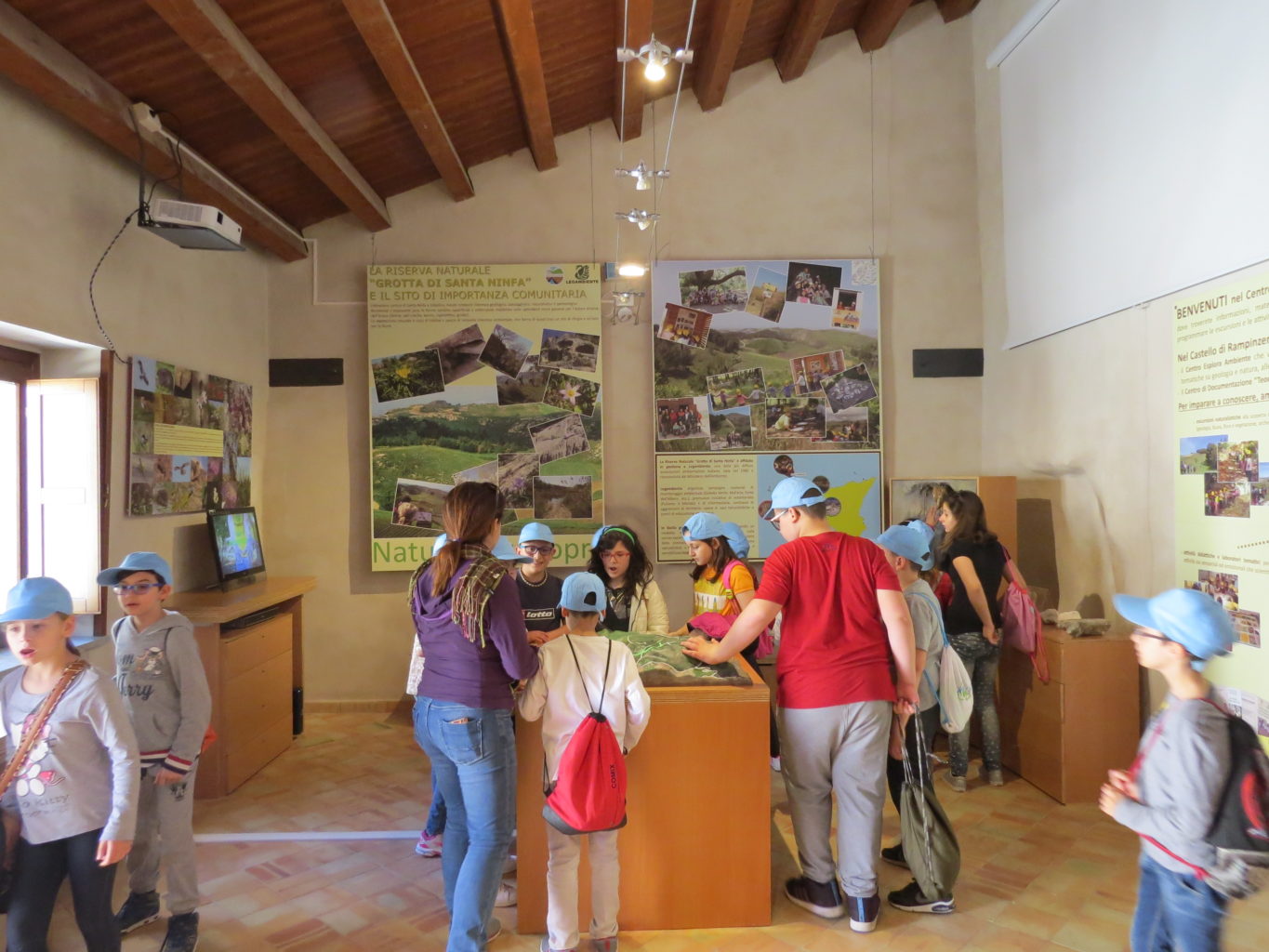 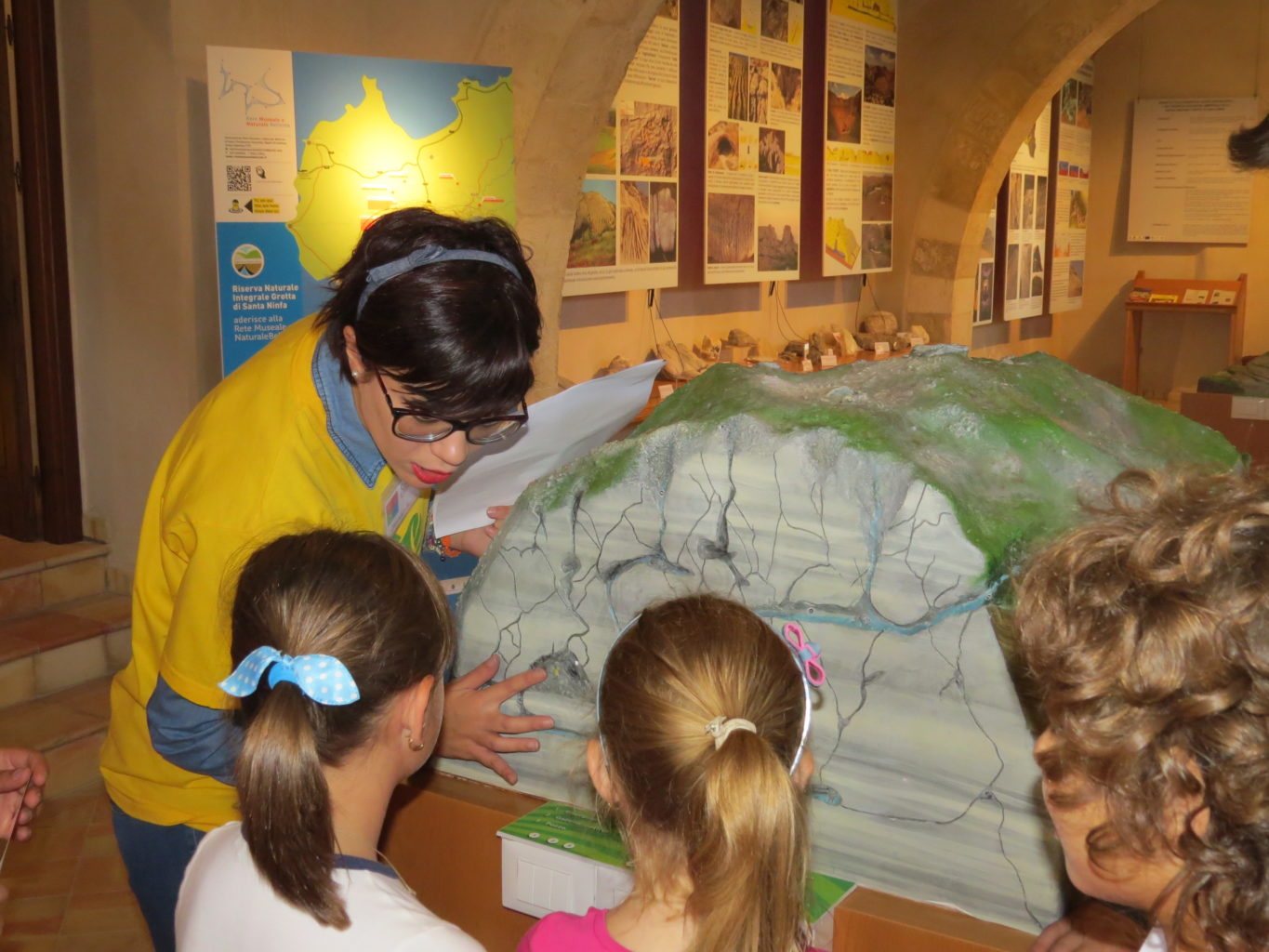 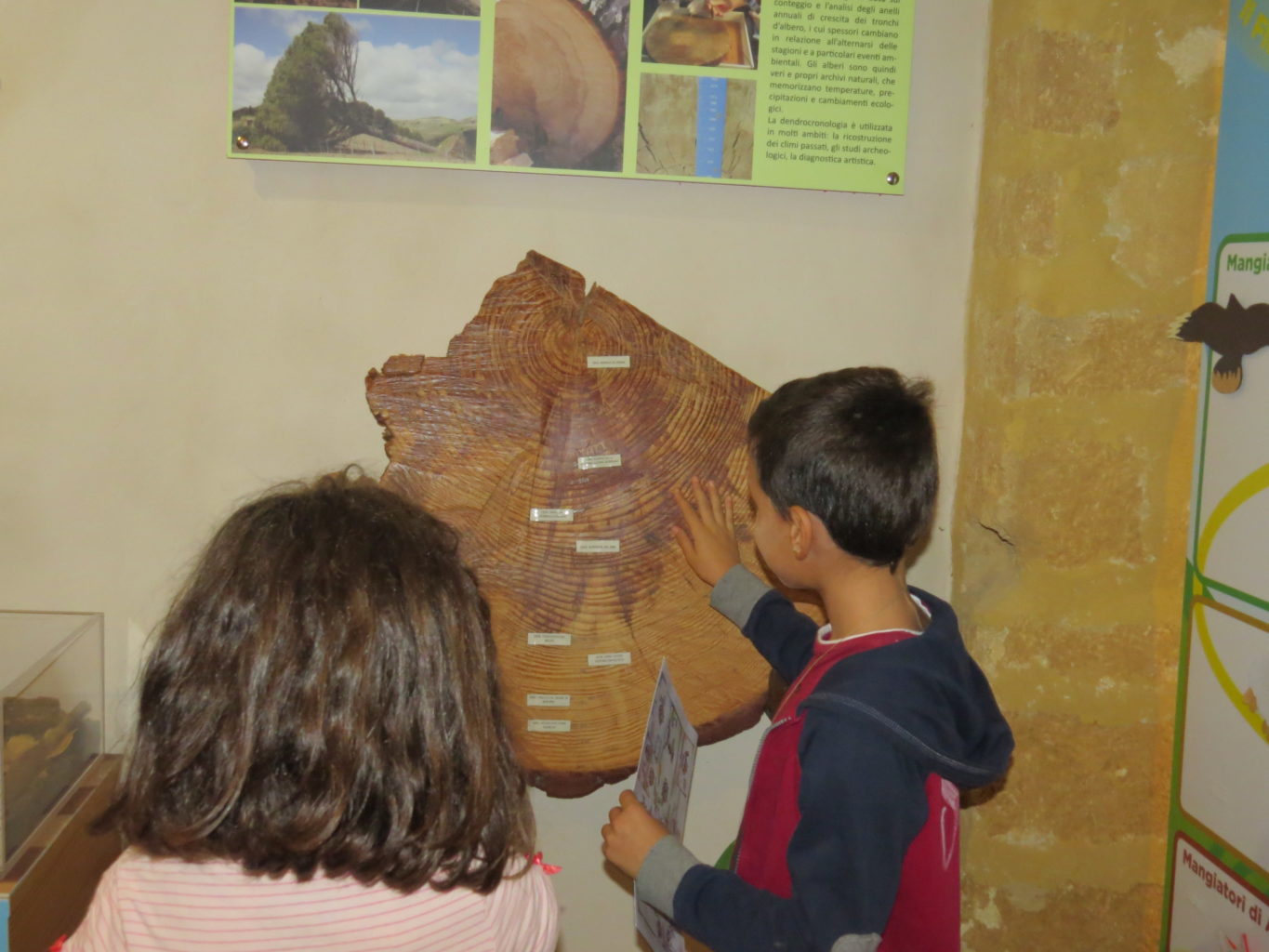 The system of paths within the Nature Reserve allows visitors to reach the most important sites in the protected and surrounding area, and to admire the suggestive karst shapes and the diversity of vegetation.

Excursions along the paths are free; in case of large groups (over 20 people), the date of the excursion must be arranged with the managing body to avoid overlapping with other groups. The limit number of visitors for each excursions is 50.

For guided tours with members of the Reserve’s staff apply, at least 10 days before the scheduled date of the excursion, at the reserve office:
call the following numbers  3298620473-74-75,
or email  to santaninfa@legambienteriserve.it

At the moment excursions inside the Cave are not allowed for study and safety reasons. The cave can only be visited by speleologists enrolled in speleological associations and in compliance with insurance coverage, and by researchers for study purposes, after authorization issued by the managing body.

In the territory of ​​the Reserve, in the same network system, there are also other itineraries such as the Ethno-anthropological Museum managed by the Forestry Office of Trapani, which displays many tools of the farming culture, and the Finestrelle NaturAvventura Park.

For hikes along the paths wear sneakers or trekking shoes, long trousers, sun hat, waterproof jacket in case of bad weather; always carry a bottle of water with you. 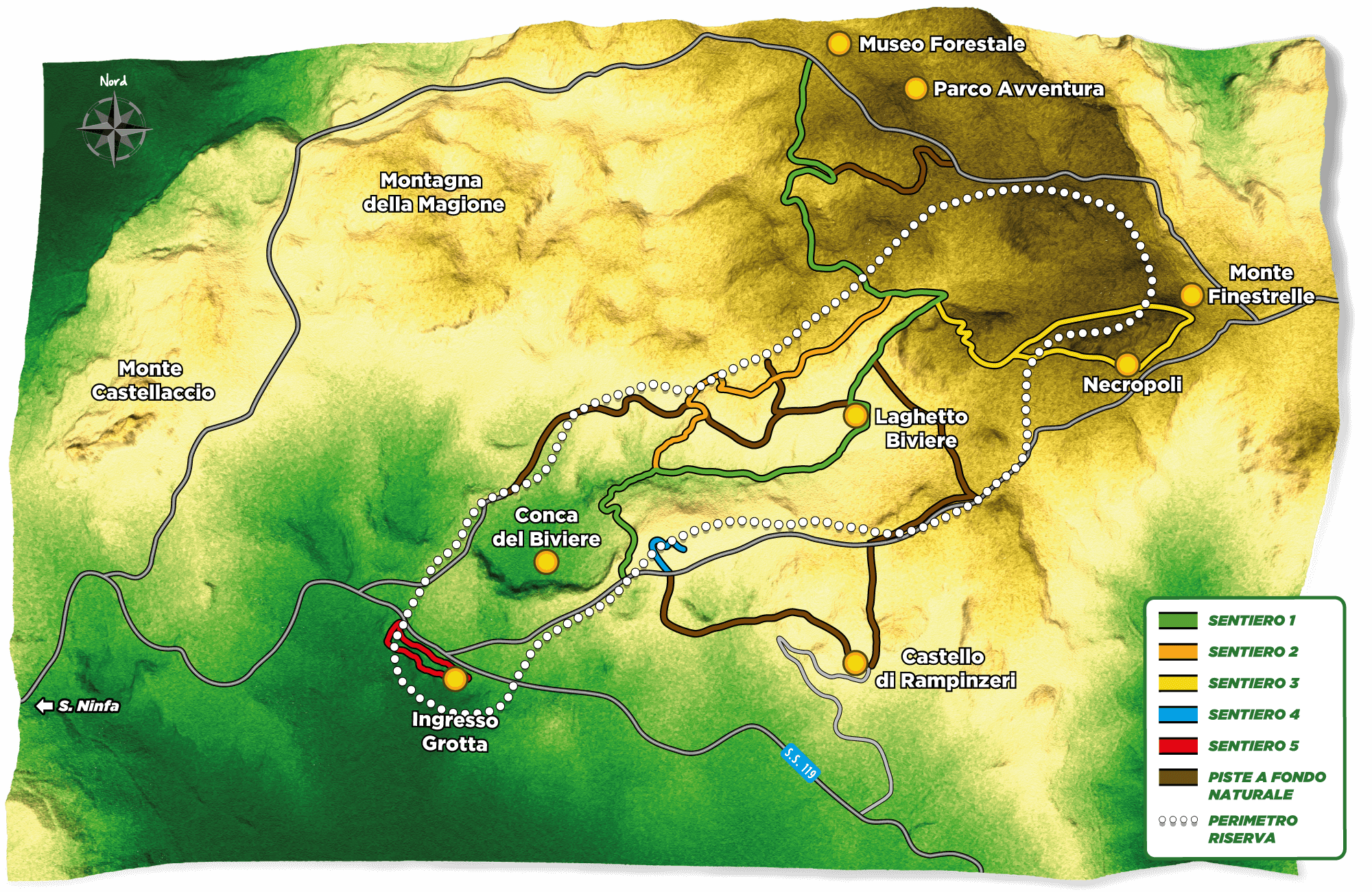 The Nature Reserve has developed several didactic programs aimed, above all, to discover and get acquainted with the protected territory, through real exploring activities, both sensory and emotional and scientific and rational. Target of the programs are schools of all kinds and levels (from kindergarten to secondary schools) and can be carried out in the Explore Environment Center or in the field; upon request, staff members may arrange to perform specific activities directly at the school premises.

We offer involving training activities and thematic workshops, to be carried out at the Explore the Environment Center and in the surrounding fields, also for families and groups of children and young people.

The training activities do not include the visit to the Cave, which is the reserve’s most protected area 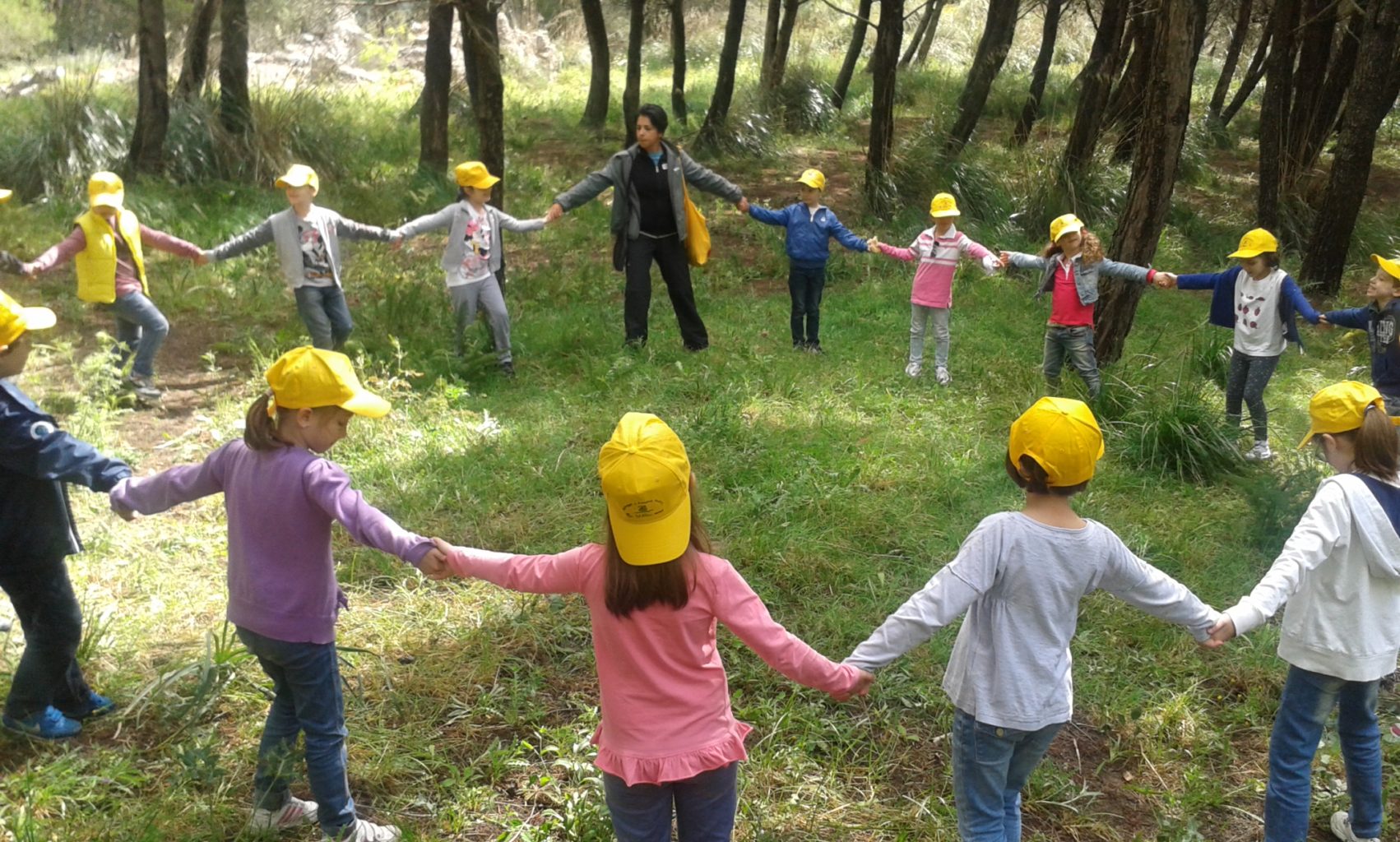 The Castle of Rampinzeri is located on a hill at an altitude of about 500 m, from which it dominates the entire valley below. Despite the name, it is actually an ancient courtyard farmhouse, whose oldest parts date back to a period between the end of the 1400s and the early 1500s, as evidenced by the system of barrel and cross vaults, still clearly visible, and from the late medieval round arch foundations, on which the perimeter walls rest.

The building was erected in 1600 by Don Luigi Arias Giardina, who was a Palermitan nobleman, first baron and marquis of Santa Ninfa and member of the Sicilian parliament. During the 1700s and 1800s various architectural transformations were made, and a neo-Gothic façade, taken from the adjacent chapel, was added.

Between 1790 and 1866 the building was considerably refurbished by Cav. Giuseppe De Stefani, Mayor of Santa Ninfa and Provincial Councilor, who provided for the renovation and improvement of the Castle, the enlargement of the service buildings around the main courtyard and the construction of the family church. The highest moment of notoriety for the farmhouse was on August 17, 1937, when King Vittorio Emanuele III of Savoy, accompanied by the Hereditary Prince Umberto II, by the Duke Amedeo D’Aosta and by the head of the government Benito Mussolini, watched from the terrace of the Castle of Rampinzeri the great military maneuvers being performed in the territory of Santa Ninfa.

The Castle of Rampinzeri is also mentioned in the novel “The Leopard”: “… we had reached the Rampinzeri farmhouse: a huge building …… on the very solid door …… a stone Leopard…; next to the building a deep well, shielded by eucalyptus trees, silently offered the various services it was capable of …… it could be a swimming pool, a watering trough, a prison, a cemetery… “.

On the ground floor there are several communicating rooms of various sizes, characterized by barrel-vaults, in the past used as accommodation for the servants, for food storage, or as a shelter for animals. The first floor, consisting of 6 communicating rooms, housed the representative halls of the owner’s family.

The area where the Castle stands, was called “Villa Fata” from the name of the mountain in front of it. In the area there is also a rich karst spring which, in the past years, was used to irrigate a large garden, nowadays abandoned and ruined by fires; however it remains a very suggestive place.

The entire Castle of  Rampinzeri was purchased and partly restored by the Municipality of Santa Ninfa thanks to European funds for supporting and managing protected natural areas; part of the premises were entrusted to the “Santa Ninfa Cave” Nature Reserve. These rooms are used as headquarters, visitor center, nature museum and documentation center of the protected natural area. The Castle of Rampinzeri also hosts the Prehistoric permanent exhibition “Pietra prima cultura”, the horse club “Scuderia dell’alba” and the restaurant “Castello di Rampinzeri”.