The “Lago Sfondato” (literally “Bottomless Lake”) Nature Reserve, which lies in the municipal area of ​​Caltanissetta a few kilometers from the town of Marianopoli, has been established to preserve the geomorphological and hydrogeological emergencies connected to karst in evaporates; to guarantee the conservation of the lake ecosystem, of the vegetation that makes up the garrigue and the thermoxerophile grasslands, as well as protecting habitats and species of community interest. The protected area is also included in the Special Areas of Conservation “Lago Sfondato” (ZSC ITA050005), 126 hectares wide, established for the preservation of species and habitats protected by the European Habitats Directive no. 43 of 1992.

The territory of the reserve, which extends over 43.7 hectares is divided in two areas depending on the environmental features and the different use purposes:

Due to the importance of the natural aspects and the geological features, since 2017 the lake has also been recognized as a Geosite pursuant to Regional Law n. 25 of 2012.

The Reserve’s landscape and the surrounding area are typical of the Sicilian hinterland. It is characterized by rounded hills, often interrupted by deep valleys. This aspect is due to the geology of Sicily’s central area, distinguished by “evaporitic” rocks belonging to the gypsum-sulphur series. These are sedimentary rocks, composed of tripoli, limestone, gypsum, rock salt and potassium salts, which were formed about 5-6 million years ago following the evaporation of the Mediterranean basin caused by the closure of the Strait of Gibraltar and the contemporary onset of climatic arid conditions.

On these rocks, which are particularly soluble, the phenomenon of karst dissolution has developed widely and has generated unique natural “sculptures”. From the small subparallel grooves (karren), arranged vertically along the chalky walls, to the larger sub-circular basins (sinkholes), the area offers many spectacular aspects of the slow erosive action of water.

GENESIS of the lake

The hollow that lies beneath the lake basin was formed as a result of the collapse of the surface layers: the underlying rocks subsided due to their dissolution caused by water circulating in the underground (karst phenomenon). This event occurred in November 1907 and was documented by the Marquis A. De Gregorio who described it in the magazine “Il Naturalista Siciliano” (The Sicilian Naturalist).

From a hydrological point of view, the lake is a typical example of a closed depression having no connection with the surface hydrographic system. It extends for about 3400 square meters, the perimeter is over 200 m and the maximum depth 15.00 m, and the lake’s water level is nearly constant, which supports the hypothesis of the existence of perennial under water springs.

The formation of the lake

“In November 1907 in the inland of Sicily, between Marianopoli and Santa Caterina Villarmosa, a fact worthy of mention occurred. In the locality of Mimiani (which can be reached from Marianopoli in about three quarters of an hour horse-back riding), a large area of land suddenly sank amid the river that flows between Mimiani and Trabona, on a fertile slope, property of Barone Lo Monaco. The sinking of the upper part was about 30 meters; the lower one about 20 meters. A small lake was formed whose banks have a width of about 100 meters. The deepest part of the lake has a diameter of about 30 meters, beyond which the bottom gradually rises up towards the banks that form a circle of about one hundred meters in diameter. “

(Marquis A. De Gregorio, Formation of a new tiny lake in Mimiani, The Sicilian Naturalist 1910). 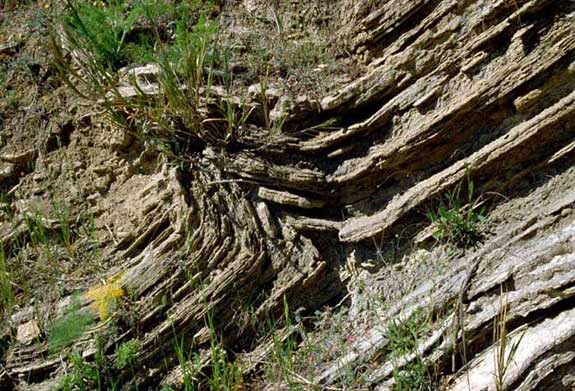 The protected area shows aspects of remarkable naturalistic and scenic importance concentrated mostly around the body of water, along the stream banks and in the gorges located north of the reserve, unlike the neighboring areas that are, unfortunately, characterized by a heavy anthropic impact.

Over 300 species of plants have been registered in the protected area, a very high number considering its limited extension, and among these are various endemic and rare or highly localized species, such as Astragalus caprinus huetii, Gypsophila roostii, Pimpinella anisoides, Tragopogon cupanii, Iris pseudopumila.

The lake plays a crucial role in the diversification of flora, hosting a significant number of species adapted to tolerate the high salinity of the water. Within it live exclusively submerged macroalgae, while along the raised banks of the lake and the streambanks grow reed beds, typical of shallow, stagnant or slow-flowing waters, characterized by Phragmites australis and Apium nodiflorum. On the northern edge of the lake and along the banks of the Stretto stream there are also some specimens of Tamarisk (Tamarix africana), a typical species of the pebbly shores of rivers with high salinity. The rock vegetation, located on steep cliffs, includes numerous endemic species, including Brassica villosa and Diplotaxis crassifolia, very common on the chalky cliffs of Sicily’s inland.

Along the more rugged and steep slopes of the reserve there are interesting perennial grasslands, where the prevailing species are Hyparrhenia hirta or Ampelodesmos mauretanica (better known in dialect as “ddisa”). The meadows host numerous beautiful bulbous plant species (orchids, narcissus, lilies, etc.) that are included in the list of habitats of community importance. The most widespread plant formation is the garrigue, typical of rocky outcrops, characterized by the aromatic Thymbra capitata, the Teucrum polium and the Euphorbia rigida. There are also strips of shrub vegetation, typical of the evergreen Maquis shrub-land, characterized by Anagyris foetida, Asparagus horridus and Pyrus pyraster.

The orchids of the nature reserve 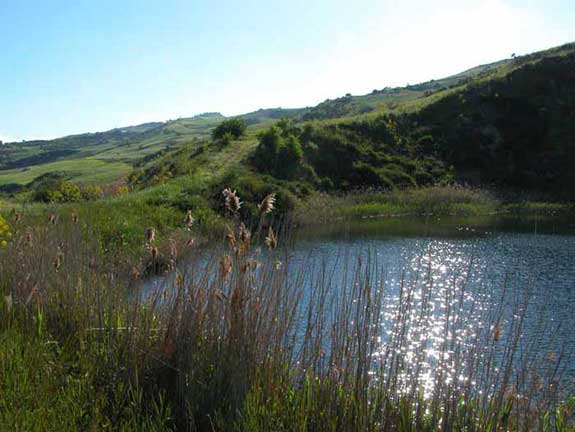 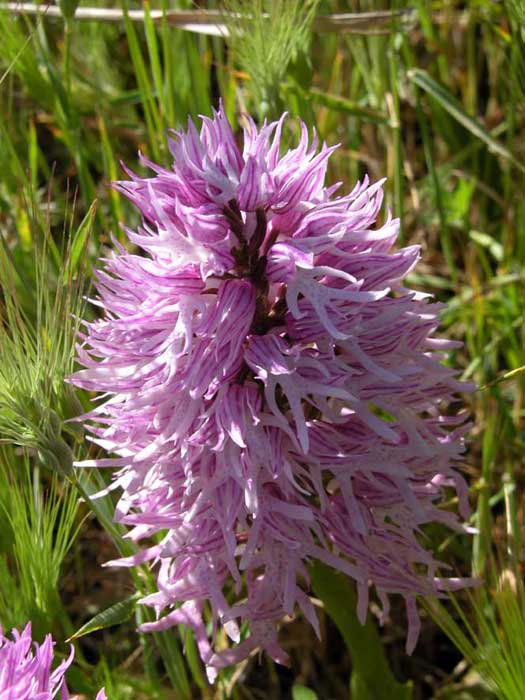 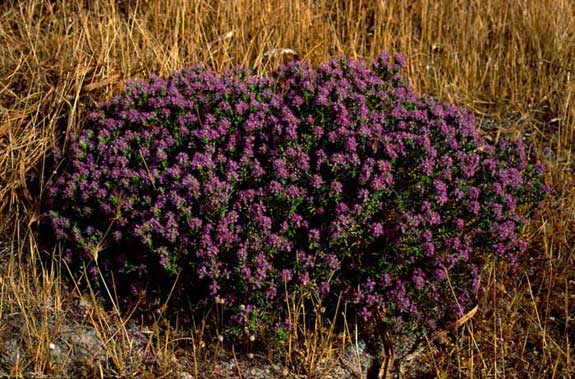 The body of water and especially the reeds that grow along the banks play an important role as shelter and resting area for birds and species typical of wetlands. The area hosts a rich community of amphibians and reptiles, animal species at risk due to the progressive reduction of wetlands. There are also various birds that nest in the thicket of the reeds, related to the aquatic ecosystem: the Cetti’s warbler, the Little Grebe, the Coot, the Moorhen and the Zitting cisticola. It is not uncommon, during the migration period, to view some gray herons resting, attracted by the small body of water.

Other species present in the territory of the reserve are those typical of Sicilian countryside and of the Mediterranean shrub-land. The wild rabbit, the hare, the fox and the porcupine are widespread; porcupine quills are still frequently found. Among the birds of prey it is easy to see the Kestrel in the typical predatory position, called of the “holy spirit”; the Lesser Kestrel and the slow gliding flight of the Buzzard. At dusk and at night one may hear the call of the Barn Owl and of the Owl. A few individuals of the Sicilian Rock Partridge survive in the Reserve; this is a species endemic to Sicily and at risk of extinction due to the progressive anthropization of the territory. The reserve is also the land of numerous species of dragonflies, including Orthetrtrun brunneum, Crocothemis erythreae, Anax imperator and Selysiothemis nigra, as well as of Butterflies, which fascinate for their variety and colors. Thirty-one species have been observed, among which the most interesting are Muschampia proto, Gegenes pumilio and Gegenes nostrodamus, Cupido minimum trinacriae. The latter is a subspecies endemic to Sicily, where it is widely spread. 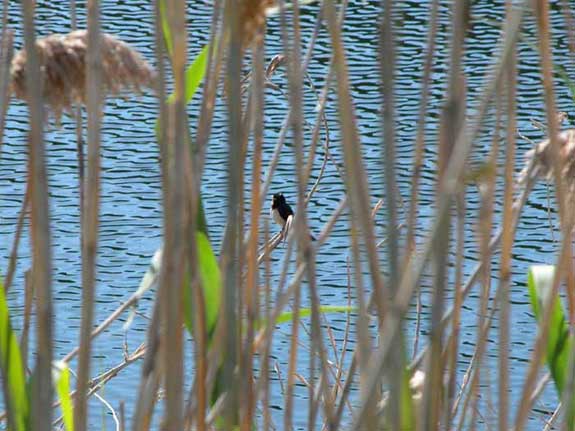 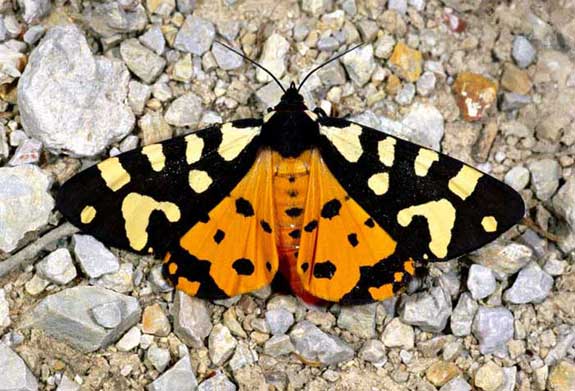 Since prehistoric ages, man has been living in the region of the actual Reserve. The excavation campaigns, carried out by the Superintendence for Archaeological Heritage from 1977 to 1984, have brought to light numerous finds exhibited in the Archaeological Museum of Marianopoli. An interesting necropolis with hollowed tombs dating from the Copper Age is on Mount Castellazzo, North-East of Marianopoli. Starting from the sixth century BC up to the middle of the second century BC, the mountain was occupied by the Greeks who founded a city, maybe Mytistraton. Of particular interest is a group of graves belonging to a single family unit (a mother and three children) with rich grave goods. South of Castellazzo stands the high and long Balate mountain, on which stood another indigenous town occupied by the Greeks in the sixth century BC.  The town was probably abandoned in the third century BC. In the adjacent Oscura Valley, there is a vast necropolis. It had been used since Prehistory and up to the Greek age, the multiple tombs, adapted by man in niches and natural shelters, are predominant. 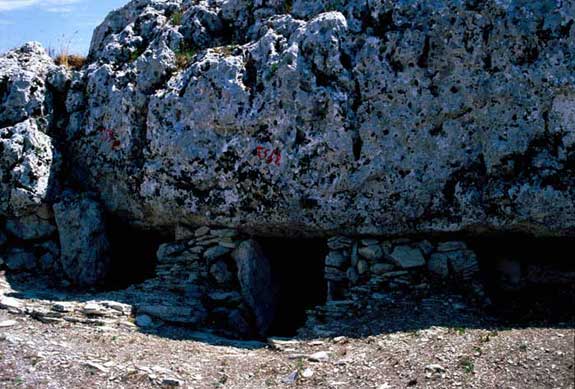 The nature reserve is included in a vast area of ​​great naturalistic interest, such as the areas of ​​Mount Mimiani, the Cliffs of Marianopoli, the Chibbò Ridges, the Mount Trabona sinkhole, the Stretto Stream and the Salito River. It is a heterogeneous complex of hills hollowed by valleys and streams (the largest of which is the Salito River), with the typical features of the gypsum-sulphur formation of Sicily’s hinterland: harsh and uneven areas alternate with various inclines that merge into more or less wide flat land.

Mount Mimiani, which due to its high floristic and faunal value would deserve greater protection, can be fully considered a floristic-vegetational link with the southern Madonie Mountains. In the area there are considerably interesting woods that show evidence of much larger wooded complexes, characterized by holm oaks and downy oaks. An ancient olive grove (planted in the 1500s by the Moncada family) which partly coexists with the forest and with a thick shrub-land. In the Mimiani area there are also more than 1/3 of the Sicilian orchids; some of the species found are of considerable biogeographical importance, such as Ophrys mirabilis, situated in Sicily only in a few locations, Cephalanthera damasonium, Ophrys phryganae, Ophrys lacaitae, reported for the first time in the territory of Caltanissetta and Ophrys obaesa, a species endemic to Sicily spotted, besides in this area, only at Ficuzza and on the Madonie. Recent studies carried out on the Lepidoptera of the area have pointed out the presence of 57 butterfly species (out of a total of just over 100 species that live in Sicily). Some of these species are of considerable naturalistic value, such as Melanargia pherusa, Neozephyrus quercus, Satyrium ilicis, Gegenes nostrodamus. Inachis io and Danaus chrysippus sightings, reported for the first time in Sicily’s inland, are also interesting.